Amélie the Musical is the most charming show in town – review 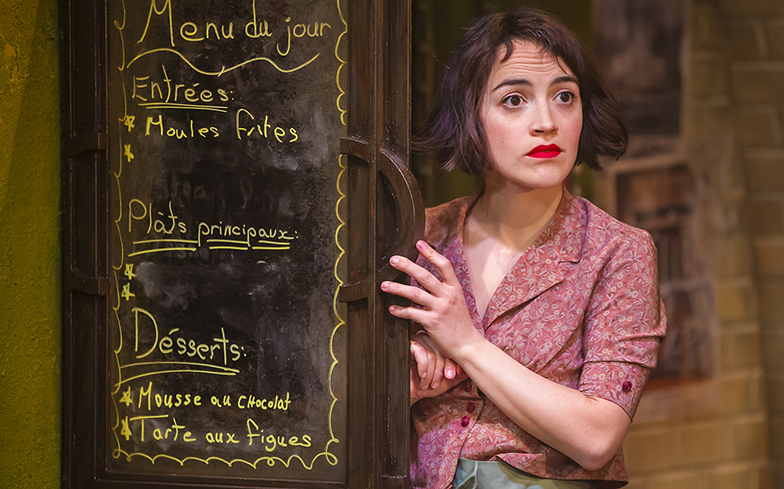 The touring musical has opened at London’s The Other Palace, directed by Michael Fentiman.

Every so often, a show comes along and completely takes us by surprise. The original 2015 Broadway production of this musical was far from a success, closing after just 56 shows. This revival, originally opening at Newbury’s Watermill Theatre in the spring, has been touring the UK this year and we’d heard on the grapevine that it was meant to be much-improved. However, we weren’t expecting to be as impressed as we were – this new staging at the intimate The Other Palace theatre is utterly enchanting.

It’s hard to know where to begin with a show as amazing as Amélie. The casting of Audrey Brisson in the title role is inspired – she looks as if she’s just stepped out of the film, while her French accent is the cutest we’ve heard. She utilises her Cirque du Soleil training to float around the stage, dangling from a suspended lampshade to glide up to her tiny apartment. With a perfect bob, immaculate make up and beguiling facial expressions, hers is a wonderfully mischievous performance. She has a remarkably powerful and versatile singing voice, too.

While Brisson may be the star of the show, the ensemble cast is seriously impressive – this talented collective of actor-musicians play and sing all the songs themselves, while simultaneously dancing their way across the stage during a number of choreographed routines; it’s a delight to watch. Credit must be given to the masterful work of puppeteer Oliver Grant, too – whether he’s depicting the delicate movements of a young Amélie, or a garden gnome travelling the world, his performances are not only mesmerising but frequently hilarious.

There may be those who think this is all a little twee or saccharine, but they were never likely to be interested in Amélie the Musical anyway. For the rest of us without hearts of stone, this is as close to perfection as can reasonably be expected of any musical. A delightfully quirky production, full of wit and just enough grit, it’s endlessly inventive, cute, heart-warming… we’re literally running out of superlatives. Do yourself a favour and pick up some tickets to the most charming show in town – we’re already planning our return visit!