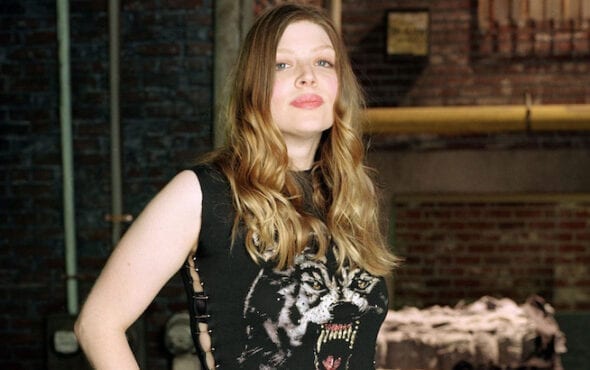 “I would very much like to see Buffy in a diverse world. I think it would be a really amazing thing.”

Amber Benson has shared her thoughts on the upcoming Buffy the Vampire Slayer reboot.

In 2018, it was confirmed that a reboot of the widely-acclaimed fantasy drama – with a “black Buffy” – was in the works from Fringe writer Monica Owusu-Breen and original series creator Joss Whedon.

The star, who played Tara McClay on the series, received international recognition for her same-sex romance with Willow Rosenberg (Alyson Hannigan); making history as the first long-term lesbian relationship on US television.

Although the series continued to break new ground for the LGBTQ+ community on the small screen, with the final season including the first ever lesbian sex scene on primetime, there was a significant lack of diversity.

“So Buffy – it had some diversity,” Benson continued. “But I feel like it could have had more. And that was just the time. That sort of onus wasn’t on the creative world to show the world in a diverse way. I would very much like to see Buffy in a diverse world. I think it would be a really amazing thing.”

The reboot was met with a mixed reception from fans and former cast members upon announcement. Sarah Michelle Gellar, who memorably played the iconic title character, said in an interview with PureWow: “Buffy was the story of the horrors of adolescence manifested through literal demons, and I think that was the beauty of it.

“Reboots are great when they’re introducing a new generation to something they haven’t seen before. But, to me, when you have a show that holds up and is still affecting people and still holds that level of importance, I’m not really sure you need a reboot. For me, it doesn’t work.” However, David Boreanaz – who played Angel on the show and its highly successful, five-season spin-off – told fans at New York Comic Con: “Come on, guys. It’s a good thing. Let’s just embrace [it]. I’m very happy for them.

Shortly after news of the Buffy reboot spread, Owusu Breen confirmed that it’ll be a revival instead of a full-blown reboot, tweeting: “For some genre writers it’s Star Wars. Buffy the Vampire Slayer is my Star Wars.

Buffy the Vampire Slayer aired for seven seasons from 1997-2003. It is often regarded as one of the best television shows in history, while Buffy is recognised as one of the most iconic female characters of all time.

The show has been cited as an influence on other series such as True Blood, Charmed, Veronica Mars, Vampire Diaries, iZombie, Jessica Jones – pretty much anything fantasy related with a strong female heroine at the helm.

We recently rounded up some of Buffy the Vampire Slayer’s queerest moments – check it out here.