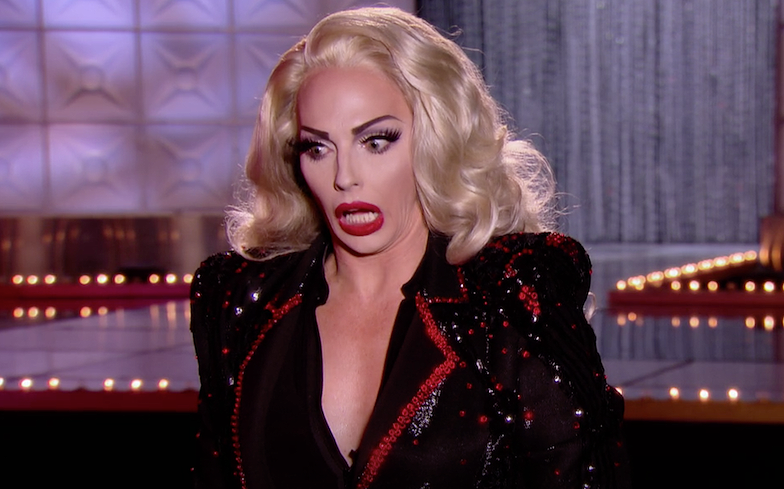 “I just want to be clear, because you guys are saying you worked on characterization. And that, to me, was very shaky. It was middle of the road.”

Are you ready to be cooped, gooped and mother-tucking gagged hunties? Because Drag Race royalty has returned for the upcoming episode of season 10, and it’s none other than legendary dancing-diva Alyssa Edwards.

For this week’s main challenge, the queens are tasked with performing in RuPaul’s ‘PharmaRusical’. Due to their joint-win for the mini-challenge, The Vixen and Asia O’Hara become team captains.

In the preview, Alyssa assumes the mantle of choreographer (usually helmed by Todrick Hall) and coaches the queens on the main stage. Once the queens show her what they’ve concocted, she delivers the face crack of the CENTURY.

“So, this is what y’all worked on, though? Y’all worked on the lines?” asks Alyssa. “I just want to be clear, because you guys are saying you worked on characterization. And that, to me, was very shaky. It was middle of the road.”