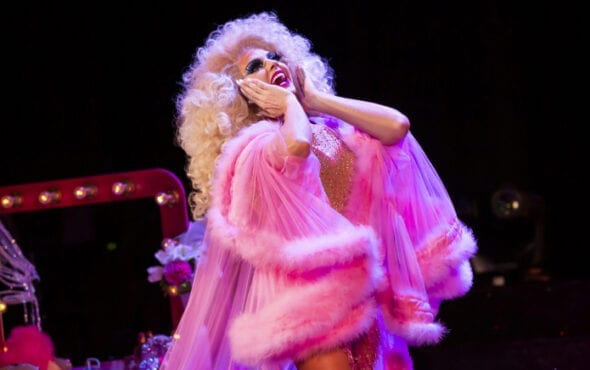 The RuPaul’s Drag Race star has sashayed on to London’s West End for a one-week residency at the Vaudeville Theatre.

We’re pretty sure Alyssa Edwards needs little in the way of an introduction by now – the star of RuPaul’s Drag Race season 5 and All Stars 2, as well as her own Netflix docuseries Dancing Queen, is one of the world’s best-known drag queens.

Her show – Memoirs of a Queen! – charts her course from a young gay boy in Mesquite, Texas, to global drag superstar. The format is mostly her sharing her memories but there are some impressive lip-syncs and choreographed dance routines throughout the evening. Of course, there are also iconic costumes, high kicks, splits and tongue pops galore in the premiere of this new show.

There’s a lot here to enjoy. Her stories are a mixture of endearing, heart-warming childhood memories interspersed with entertaining tales from her school and adult life. We’re treated to some amusing anecdotes about her time on Drag Race, including her initial application process and various insights into backstage drama. However, we did find that some of the material started to drag (pun intended). The running time is over two hours and while there were many highlights, we felt there was room for some trimming. 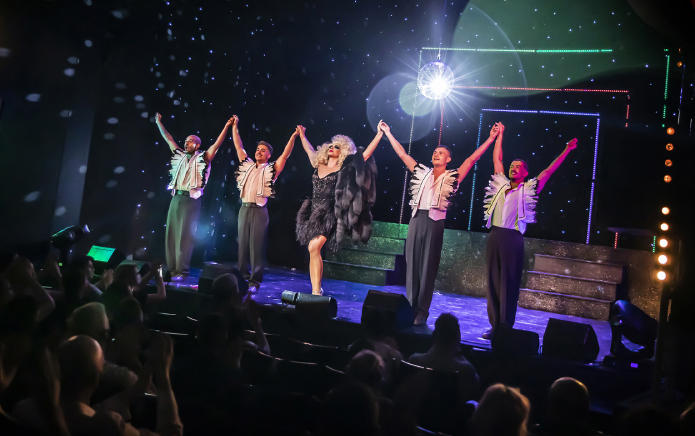 Where the evening really excelled, in fact, was when Alyssa was riffing off the audience – there were some cutting comebacks and brilliant off-the-cuff jokes that made us really laugh. Some of her rehearsed material seemed a little flat in comparison. The dancing and lip-syncing numbers were enjoyable to watch and helped keep things moving along – these were fully staged performances with backing dancers who displayed some genuinely impressive moves. Of course there were multiple costume changes throughout the night, some of which were really rather dazzling.

We should say that we did have an enjoyable evening at the theatre with Alyssa – she’s a great entertainer and the show had plenty of highlights. We just really wanted this to be an incredible performance and it felt like it slightly missed the mark. Fans of Alyssa will no doubt have a good night but we left the theatre feeling there was probably a great 90-minute show buried in here somewhere – but clocking in at over two hours it would have benefited from some editing.