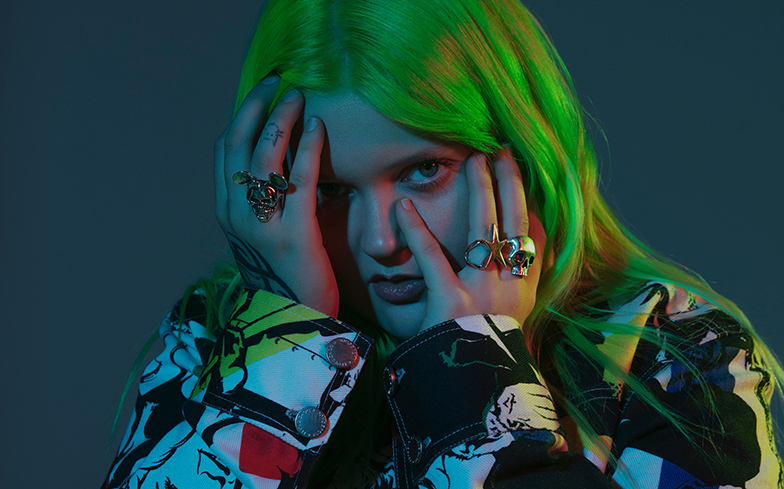 ALMA has opened up about the emotional creative process of recording her debut album.

The Finnish singer-songwriter has been crafting pop smashes with ease for her whole career. Early tropical-tinged single Chasing Highs has well over one hundred million streams, while her Heavy Rules mixtape served massive club vibes and oozed with self-confidence. She’s even lent her songwriting talents to the likes of Miley Cyrus, Rudimental and Matoma. But now, with her debut album Have U Seen Her? ALMA has bigger goals than just making you dance – she wants to make you feel something.

“It was easy to release songs that were talking about partying and love, but it definitely took me a long time to figure out how to write songs where I’m vulnerable, because the culture that I come from, we don’t speak about stuff like that, we don’t speak about our mental health issues or sad things,” she explains as she covers the new issue of Gay Times Magazine.

“It took me a long time to figure out that I could actually talk about this, and realise how fucking amazing it is to say it out loud. That happened after I started seeing my therapist, who is amazing and makes my crazy head a bit more mild. I think it’s important for my fans and for young people to understand what it’s like to be an artist and to see the struggles I have in my life.

“Usually artists only share the good stuff. But the ones I know are the most fucked up people in the world – everybody has mental health issues, everybody has broken teenage years, so I think it’s very important not to glamourise this world too much.”

After speaking about her sexuality as a gay woman for the first time in an interview with GAY TIMES last year, ALMA says “all the media in Finland started talking about it” and she even received hateful messages from people in more conservative areas of the country.

“Back in my home country, that was the first time people found out my secret – I never had any fucking secrets – but when I said it out loud, all the media in Finland started to talk about it a lot, and they’re still talking about it,” she explains.

“I’ve gotten a lot of messages from the smaller cities saying, ‘Fuck you for being gay, what are you doing to our children?’ But I think every country has those small places where people are racists and idiots and uneducated. They’re just fucking stupid people.

“It was weird, but I think it was important and I got a lot of messages from young people who said they came out because of that interview, especially in my home country. That felt very good, and it was totally worth it.”

Elsewhere in the interview, ALMA recalls how she and Miley Cyrus ended up working together on some of her biggest tracks, what it was like to tour Europe with music icon Christina Aguilera, and what she wants her legacy in the industry to be.

ALMA’s Gay Times Magazine cover is available worldwide, and you can buy it here.