All Stars 7: Watch the trailer for Drag Race’s first ever winners’ season 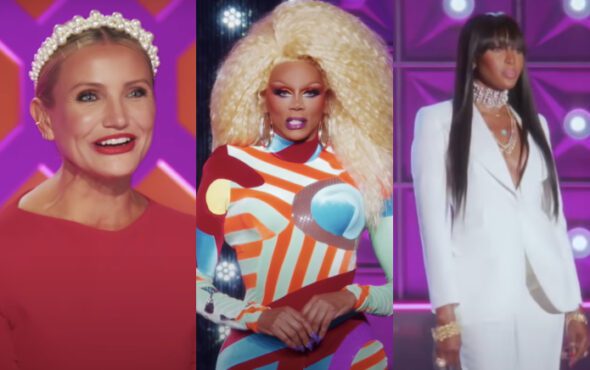 One of the most anticipated television events of the year, the brand new season of All Stars makes herstory as the first Drag Race series to feature a cast solely of former champions.

Premiering during Drag Race’s season 14 grand finale, the trailer teases an outstanding line-up of guest judges – including Nancy Pelosi, Cameron Diaz and Naomi Campbell – as well as some drama, of course, and an alliance between two winners.

In a statement, World of Wonder co-founders Fenton Bailey and Randy Barbato said of the season: “The titans of the Drag Race phenomenon are back for the ultimate Queen of Queens title! “We can’t wait for our UK squirrel friends to be able to watch along each week, with new episodes of All Stars and Untucked streaming exclusively on WOW Presents Plus. This is a really exciting season, filled with some impressive charisma, uniqueness, nerve and talent – you’re not going to want to miss this!”

The most ambitious crossover event in herstory runs for 12 episodes and premieres in the UK exclusively on the streamer of all-things drag, WOW Presents Plus, with two back-to-back episodes launching on 20 May.

Watch the first trailer for All Stars 7 here or below.