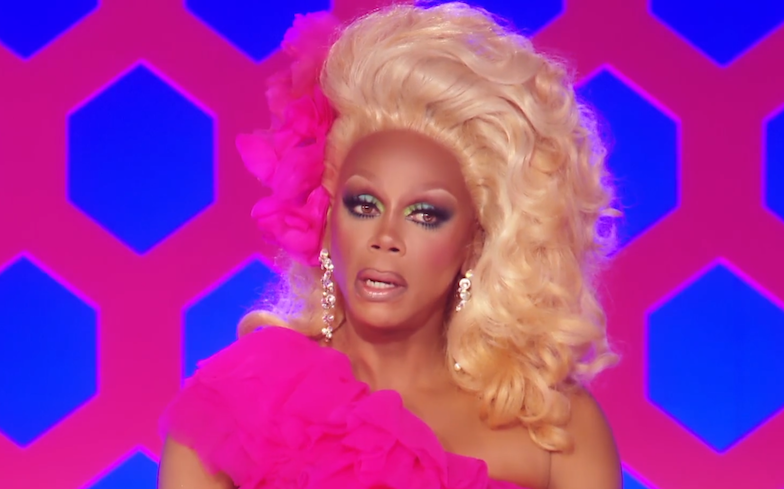 After months of anticipation, All Stars 4 premiered last night and saw the return of ten gag-worthy queens.

Manila Luzon, Latrice Royale, Gia Gunn, Jasmine Masters, Naomi Smalls, Trinity Taylor, Valentina, Farrah Moan, Monique Heart and Monét X Change sashayed into the werk room for a second time (and in some cases, third) to vie for the title of America’s Next Drag Superstar – with a few new catchphrases in hand.

And obviously, because this is Drag Race, there are a few shady interactions… Monét, who happens to be the tenth season’s reigning Miss Congeniality, threw some majah shade at the queens of the seventh and ninth season…

“I see that they went from eight to six, so we’re skipping seven, let’s praise the lord,” she told the other contestants, before meme queen – and season seven alumni – Jasmine Masters sashayed back into the werk room.

Gia questioned Monét, “What is it from season seven we were not looking forward to seeing?” to which she responded: “Season seven was a pretty boring fucking season, and season nine? Ya’ll were next on the list.” Severe? Up in here? Yas honey. After a lovely little kiki, RuPaul greeted the queens with the promise of a “twist or two” and then opened the werk room doors to introduce Team Latrila, comprised of Latrice and Manila – who previously competed on All Stars 1.

Like the previously two instalments of All Stars, the queens read other for filth before preparing for their first challenge: a salute to LGBTQ troops for an All Star-Spangled Variety Show.

Most of the contestants (Monét, Monique, Naomi, Valentina) delivered what we’ve already seen, a dance performance infused with comedy to a backing track of one of their own songs. However, there were a few exceptions.

Gia Gun performed kabuki, Trinity provided us all with a hilarious tucking tutorial, Manila showcased her artistic ability and Latrice let us have it with an outstanding flag routine.

Farrah followed in the footsteps of previous talent show winners, Roxxxy Andrews and BenDeLaCreme, with a burlesque number – and this is where the shock comes in. During her routine, the season nine fan-favourite slipped on her robe, and as Valentina said, “fell hard”. It was probably the biggest fall of the series since Akashia slipped on the runway in the very first season. She ultimately landed in the bottom two with Jasmine, who failed to deliver a standup comedy routine worthy of her iconic Justin Bieber-retweeted vines and Instagram live videos. She may have bombed, but she did provide us with: “Your breath smells like you ain’t been doing nothin’ but eating on assHOLES!” Silver lining, eh?

Trinity and Monique were deemed the top two All Stars of the week, and lip synced to the first ever Mariah Carey song on the show, her 1991 whistle classic, Emotions. Despite the amount of flips and kicks, Monique was defeated by Trinity, who then opted to send home Jasmine.

Unlike the previous seasons, there was no promise at the episode’s end for the eliminated queen to ru-turn for their ru-venge… But is this just a misdirection? We’ve been promised a “twist or two” so…

Next episode will see the return of legendary season three contestant, Stacy Layne Matthews, who will feature with the contestants in RuPaul’s brand new supergroup, Hennies. Living? Yes we are.