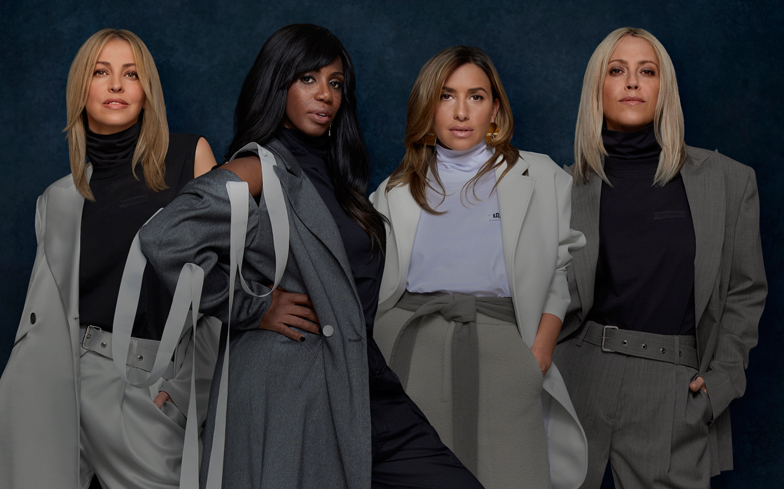 When All Saints returned in 2016, a full decade after their last comeback attempt, they played it smart.

Instead of trying to compete for chart positions alongside Little Mix and Fifth Harmony, they crafted an elegant, grown-up electro-pop album, Red Flag, that made sense from four self-assured and resilient women just entering their forties. They didn’t chuck money at flashy music videos or waste time on tacky Twitter spats. They kept things simple, and it worked: Red Flag earned strong reviews, debuted in the UK top three, and led to a successful tour attended by, well, more than a few LGBTQ fans.

After All is a supremely dreamy ballad studded with (but not dominated by) Orbit’s trademark swirls and gurgles. Testament in Motion is a little more unusual, switching from trap-influenced verses to beautifully woozy choruses.

But these new All Saints x Orbit gems don’t overshadow the rest of the album. No Issues is an anthemic electro bop, Three Four’s low-slung groove salutes their R&B roots, and Fumes adds some skittish trip-hop to the mix. Testament feels cohesive, too, with many songs celebrating the idea that some messy love affairs are meant to be repaired. “We’ll be fine, you’ll be great, I don’t mind, I can wait,” they sing on shimmering single Love Lasts Forever, an instant All Saints classic.

Everything here was co-written by Lewis, always the group’s primary songwriter, and her pop smarts remain seriously impressive. The only possible misstep is Don’t Look Over Your Shoulder, a glossy pop-soul number whose intro recalls Elton John’s Bennie and the Jets. It’s a cute tune, but feels a bit frumpy next to Testament’s other, fresher-sounding tracks.

Back in the day, sexist tabloids took delight in writing about (and exaggerating) All Saints’ inter-band “catfights”. So, it’s kind of heartwarming to watch them carving out a classy second act for themselves. When they sing “yeah you know that we are glorious – we’re not ordinary” on the album’s penultimate track, it’s hard not to think, “Damn right, ladies.”