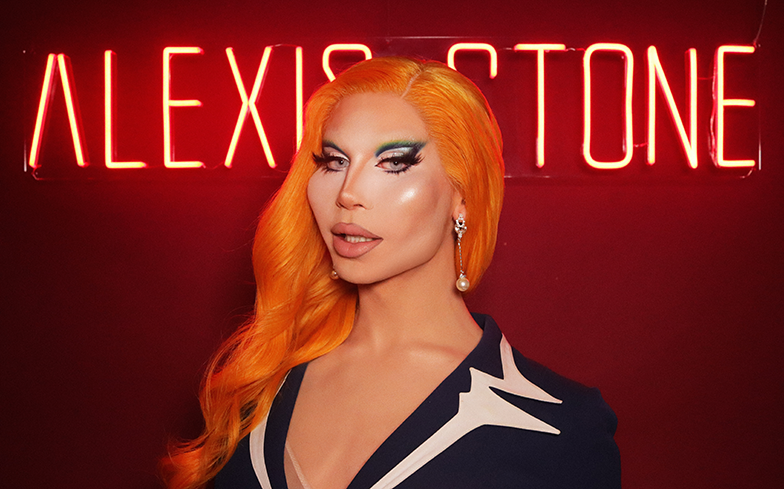 Alexis Stone is popping the lid on society’s perceptions of beauty yet again.

The British artist has gone viral on numerous occasions over the past few years, most notably with her acclaimed Jocelyn Wildenstein and Mrs Doubtfire-inspired experiment and her groundbreaking makeup collection with Revolution.

Now, Alexis has collaborated with MFX WAREHOUSE, the same company worked on television productions such as Doctor Who, Little Britain and with Lady Gaga for the Born This Way era, for her own line of… prosthetic cheekbones.

“I love making people question beauty standards, so I wanted to give back on a product that really has not been done before, especially when beauty influencers are releasing another eyeshadow palette… Which we’ve all done,” she told us.

“I just thought it was time to freshen up the makeup industry with a product that, for me, I find inspiring. It’s time for people to be able to access movie quality prosthetics in the sense of an artist collaboration.”

Alexis said she feels “incredibly beautiful” with the prosthetics but added that her “idea of beauty differs from other people”.

She continued: “I’m getting as far away from my trophy boy twink days as a teenager and rebelling against that. I’m pushing my imagination and idea of what’s attractive. I clearly have body dysmorphia, that goes without saying.

“Everyone has body dysmorphia in some context, whether that’s because you’re dying your hair to conform or getting lip fillers to transform… Sure, people will always argue that I’ve gone overboard. Truth is, nobody knows what I’m doing.”

Related: Alexis Stone is a masterclass in achieving superstardom without Drag Race.

Alexis acknowledged that this collaboration won’t compare to her first ‘social experiment’, but said it was important for her to bring to fruition because her fans have constantly requested how they can achieve the look themselves.

“This wasn’t a cash grab for me, it gives those who have supported me a small part of me and my life,” she explained.

When it comes to the response of the cheekbone prosthetics, Alexis is over the moon. But, because there’s always a ‘but’, she has received her fair share of abuse from online trolls who feel the need to tell her, ‘I’m so glad you didn’t ruin your face.’

One person even commented on her post: “I remember when beauty used to actually be beauty, but apparently these days it’s become stuffing your face with plastic and making yourself look like an alien chipmunk with HIV.”

Alexis is headstrong, so she doesn’t let the comments get to her. After all, she was once labelled a “botched monster” by trolls, lost major brand partnerships and was nearly detained by authorities on suspicions of terrorism.

However, she adds: “But have we really learnt nothing? It ignites such a big conversation surrounding the laws of social media, not being able to police the internet and protecting those who are vulnerable.

The Alexis Stone x MFX Warehouse Cheekbones is available in four shades — pale, medium, warm and dark — and they can be purchased on the MFX Warehouse website. Watch Alexis reveal her collaboration below.