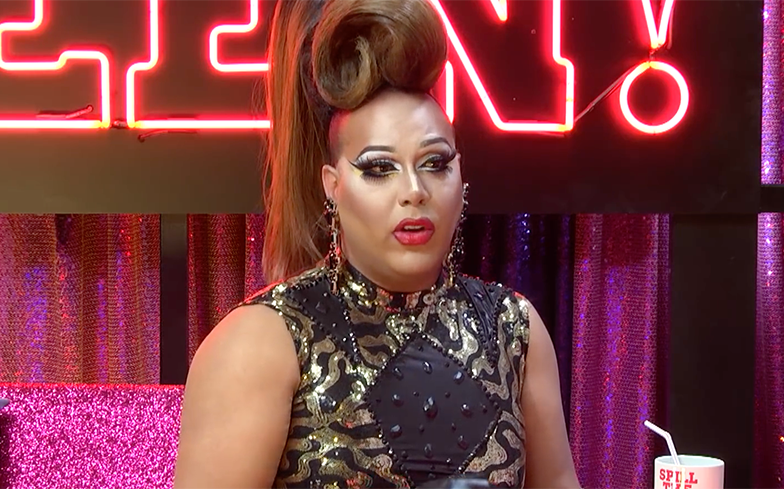 “To this day, World of Wonder have never had another incident like that one.”

Alexis Mateo has spilt some gag-worthy T on the latest episode of Hey Qween.

The sickening Drag Race star, who first appeared on the third season and later competed on All Stars 1, told host Johnny McGovern about an “incident” that occurred during her original season that resulted in a three-week production break.

“Oh my god, let me see how I’m going to put this without comprising my life right now,” she started.

“Okay, so, the Shangela and Mimi incident was worse than what you guys got to see bitches. To this day, World of Wonder have never had another incident like that one.

“My sisters from season three know exactly what I’m talking about. There is a reason why we got a break of three weeks after that episode. It was very pageant, it was crazy, it was out of control, it was real.

I’m gonna say one thing: baby Shangela, I don’t fuck with her. She got power baby.”

Alexis also revealed that she recently stopped by the World of Wonder office and questioned the staff on “the worst moment” of the series to which they responded: “‘Shangela and Mimi, hands down.'”

In the third season of Drag Race, the two queens memorably came to blows during Untucked after Mimi insulted Shangela by claiming she has a “sugar daddy that pays for everything”.

Relive the legendary moment below.