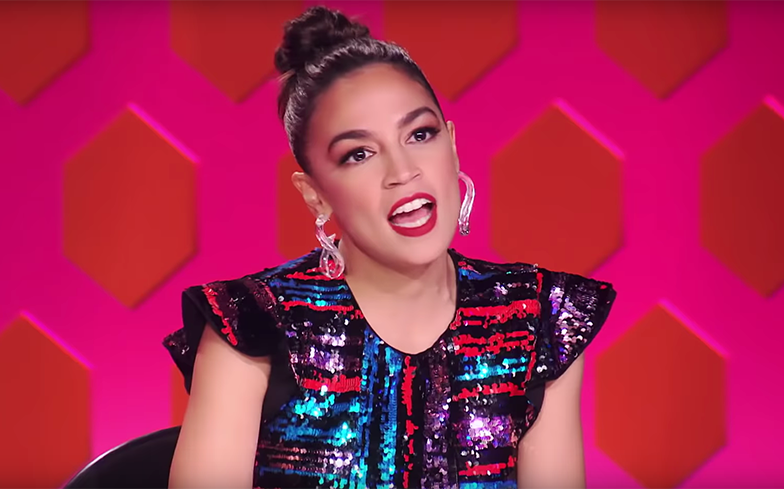 Alexandria Ocasio-Cortez had the best response to Drag Race-hating conservatives.

This week, it was announced that the American politician, who’s known for her progressive views on LGBTQ equality, immigration, healthcare, women’s rights and the environment, will be a guest judge on the show’s 12th season.

In the brand new trailer, Alexandria pledges her allegiance to the United States of Rumerica and urges fans to “join the Ruvolution” alongside fellow guest stars Chaka Kahn, Normani, Whoopi Goldberg, Robyn and Jeff Goldblum.

Once her involvement with the series went viral, Republicans hit out at her for being a “typical communist” and for fitting their description of the Democratic Party as the party of “socialism, infanticide and drag queens”.

But did Alexandria give a mothertuck? Nah. “They can go back to Party City,” she wrote in typical Phi Phi O’Hara-fashion, followed by a wink face and an emoji of the rainbow flag. We stan an unbothered queen!

Alexandria also called her time on Drag Race “100% a peak experience” and thanked Ru for having her on the show.

RuPaul’s Drag Race season 12 will premiere 28 February on VH1. Check out the official cast here and watch the trailer below.