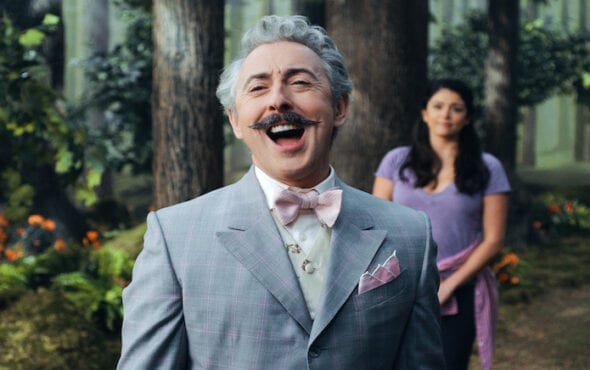 Apple TV+ have unveiled the brand new musical comedy series Schmigadoon! which will be premiering later this year.

Schmigadoon! is a parody of iconic Golden Age musicals and will follow Strong and Key as a couple on a backpacking trip designed to reinvigorate their relationship. In an unexpected plot twist, the pair discover a magical town living in a 1940s musical, and are unable to leave until they find “true love.”

Hailing from Broadway Video and Universal Television, a division of Universal Studio Group, Schmigadoon! is co-created by Cinco Paul and Ken Daurio.

Barry Sonnenfeld directs and executive produces the series and Cinco Paul serves as showrunner, and wrote all of the original songs for Schmigadoon! In addition to starring, Cecily Strong serves as producer, and Ken Daurio serves as consulting producer and writer.

Jane Krakowski’s role in the series has not yet been revealed, but this is the second Apple-backed show the icon is now a part of.

It’s really happening! Just y’all wait to see where love leads… See you in the musical town of #Schmigadoon on July 16, only on @AppleTV! pic.twitter.com/1WPmfVECLq

The first season of Schmigadoon! will be available to stream on July 16 on Apple TV+.