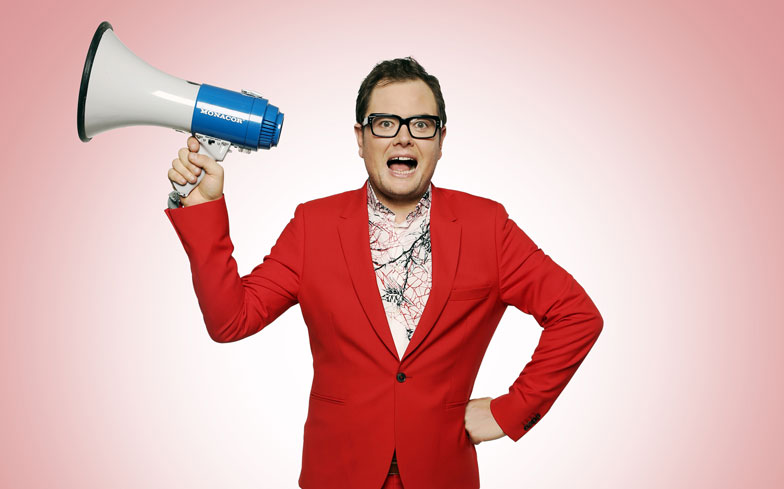 The comedian revealed that he had been asked to do the next series on Loose Women.

Alan Carr was the absolute star of last weekend’s Strictly Come Dancing final, saving the best terms and conditions for last. And as he busted out all of his moves, we immediately wished that the comedian would sign up for a future series.

And speaking on Loose Women earlier this week, Alan revealed that he had already been asked to sign up for next series. “I will do it, but next year, I’ve got a busy year,” he said “They cornered me and they said, ‘Would you do it?'”

Alan then added that he would compete in the show, but he hated the video training (VT) segments. In this past series, we saw para-triathlete Lauren Steadman challenge her pro partner AJ Pritchard to a triathlon for their quickstep training. And Dr. Ranj Singh had to deal with judge Craig Revel Horwood being under his bed during his jive training.

“But listen, I would do it, but I hate those VTs where, you know what I mean?” Alan said. “‘Hello, we’re doing salsa, so we’re off to a dips factory.’ Like what?

The panelists agreed with Alan, bringing up how some couples go the zoo for their training. “Step away from the rhino, let’s get back there and stick a rose in my mouth and do the thing,” Alan added.

Alan also used his appearance to reveal what dance routine he would like to do on the show. “You know what my favourite dance is? Oops Upside Your Head, because you get to sit down.”

We can’t imagine the judges will be impressed by that one.

Related: David Walliams would do Strictly Come Dancing if he could dance with a male partner… and he’s already got one in mind