Alan Carr, Bruno’s misspeak and some incredible routines made this one of Strictly’s best ever finals 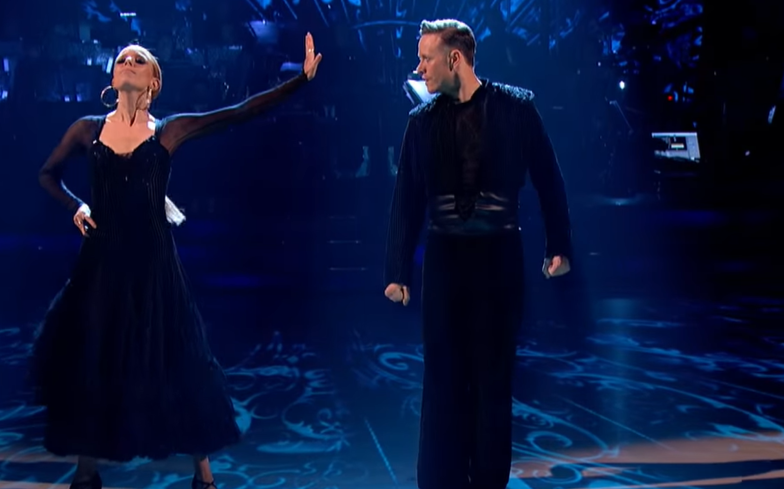 “I had a small problem with your right toe, darling. But then I decided to get over myself.”

As obvious as this may sound, this article does contain spoilers from last night’s Strictly final. So if you haven’t watched it yet, and intend on seeing it, you may want to skip this.

Last week’s semi-final was full of wonderful surprises from Stacey Dooley’s near-perfect charleston, to the lift at the end of Ashley Roberts’s, to Joe Sugg’s low scores.

But as always, the show was saving one final surprise and that was during the singing routine, where the girls of Little Mix danced with some of the female professional dancers. And the way that the girls took charge was empowering to watch, and it was nice to see some female same-sex dancing.

It was Faye and Giovanni’s Argentine tango that topped our poll last week, and considering how it was the only good Argentine tango we saw all series, that’s not really a surprise. Stacey Dooley’s charleston was a reasonably close second, but then it dropped off to Lauren Steadman’s tango.

And despite Lauren proving popular in the poll, it was her and AJ who were sadly eliminated, meaning that AJ once again just missed out on a finals place, although he and Claudia were robbed in his first series.

And the final contained so many surprises that made it all the much better. Alan Carr was easily the best celebrity that they had to announce the terms and conditions, and if he’s not a celeb on next year’s series I will be so disappointed. Claudia’s lewd joke about Dave Arch and “huffing and puffing” was an unexpected laugh, as was Bruno complimenting Stacey Dooley on her “greatest tits.” Can’t be a Strictly final unless Bruno somehow messes something up.

The pros opened up the final to a glorious routine, but despite being in awe at their dancing ability, I just wanted to get straight into the final. And as much as people love to hate her, I could not wait to watch Ashley get onto the floor. Her salsa from Movie Week was one of my favourites of the series, and watching her improvements since then was amazing. Just a shame it felt more spectacular the first time around.

Likewise with Stacey Dooley’s foxtrot. She certainly showed off all of her improvements, but given it was something that I had seen before I didn’t fully get into the performances. The same can be said about Faye and Joe. I’m not denying that they were super great routines, although Joe looked a little stiff to me at times, but they weren’t the best parts of what was a spectacular show.

But when it came to the showdances, most celebs really upped their game. The rotating stage for Ashley’s dance was breath-taking, and her and Pasha really worked well together. If I had to give one small criticism, it’d be that it looked like a contemporary routine, but so did Caroline and Pasha’s showdance from series 12 and I loved that.

Stacey was sadly the only showdance I didn’t like. It felt a bit too over the place, and didn’t have the edge that I was hoping it would. And although I thought Faye may have stumbled in some areas of her routine, she looked flawless for the rest of it and really highlighted her strengths.

Coming into the final, Joe was the only dancer that I didn’t want to win. As good as he is, I didn’t think he had the skill that the rest of the dancers had, but after watching his showdance I would have been more than happy to see him take home the trophy. The routine was energetic and visually stunning.

But when it came to the final dance, all of the celebs really pulled something out of the bag. Ashley went for one of my favourite dances that she did, and even though they couldn’t spend much time in make-up, the routine was just as spectacular as the first time around. Unlike the judge’s choice dances, all of these routines wowed as much, if not more than, the first time.

Stacey made a wise choice going for her paso doble, as much as I thought she was going to go for her jive, and she excelled as much as she did when she did it all those weeks ago. The strength and power inside of her, she was in control and she loved it.

Joe’s choice was an interesting one. Much like series 13 winner Jay McGuiness, he chose to go for something that he could show improvement on. I was expecting to see his quickstep from Blackpool again, but instead we got his charleston all the way back from week 2. And improved he had, in comparison the original one looked a little awkward, but this time around it was a much more assured performance.

Was anyone else waiting for Neil to run on and punch Seann Walsh in the face during the big finale show dance? #StrictlyFinal

We then got the filler parts of Michael Bublé, although I can’t be the only person who thought that he sounded really quiet, can I? And as much fun as the Strictly group dance with all the eliminated celebrities it, this one felt a little lacking, especially when compared to last year’s. Last year’s had a natural sense of progression, this one seemed cobbled together at the last second, and so some celebs were barely in it. Did anyone see Vick Hope after her initial section, and why did Lee Ryan get so much screen time?

But then it came to crowning a winner, and despite casting several votes Faye and Ashley’s way, it was Stacey Dooley and Kevin Clifton who won over the public and triumphed. I thought she’d win the competition following some of her strong performances in the series, like her paso and charleston, but she was a little disappointing on the night. And now it’s time to wait for the Christmas special, before a massive Strictly-shaped hole appears in my life.

Watch each of the finalists best dances below, and below them let us know who you think should’ve won Strictly this year.