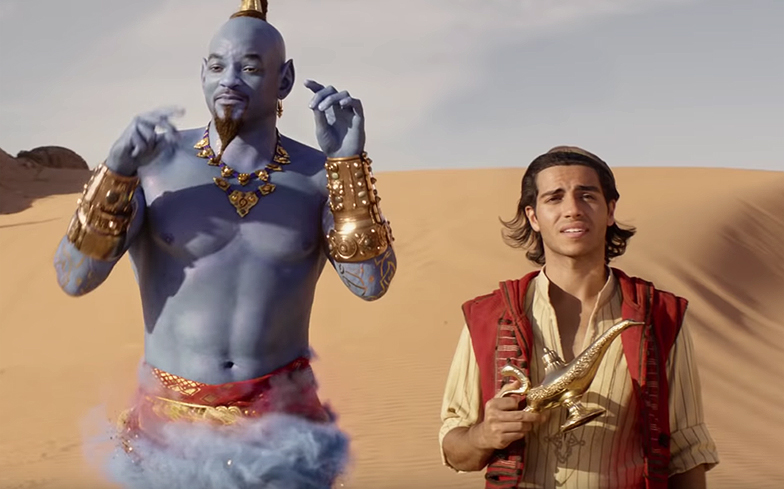 A new trailer for the live-action Aladdin film just dropped and we’re ready for it.

While the first teaser for Aladdin raised more questions (and eyebrows) than it answered, what Disney released today has reassured us we’re in for a great (magic carpet) ride.

Directed by Guy Ritchie and written by John August who brought us the screenplays for Charlie’s Angels, Tim Burton’s Corpse Bride, and Charlie and the Chocolate Factory, Aladdin is set to be a huge summer blockbuster.

It comes out in cinemas on May 24th this year.

In this trailer we see Jafar (portrayed by Marwan Kenzari), sending Aladdin to the cave of wonders, and get a better idea of how Will Smith will be interpreting the infamous Genie

There are also glimpses of the streets of Agrabah and the royal palace, as well as snippets of A Whole New World and Friend Like Me.

We also get a first look at Raja, Jasmine’s loyal and loveable pet tiger. It’s too soon to know if he’ll or Iago will have as much sass as they do in the animated classic, but we’re hoping.