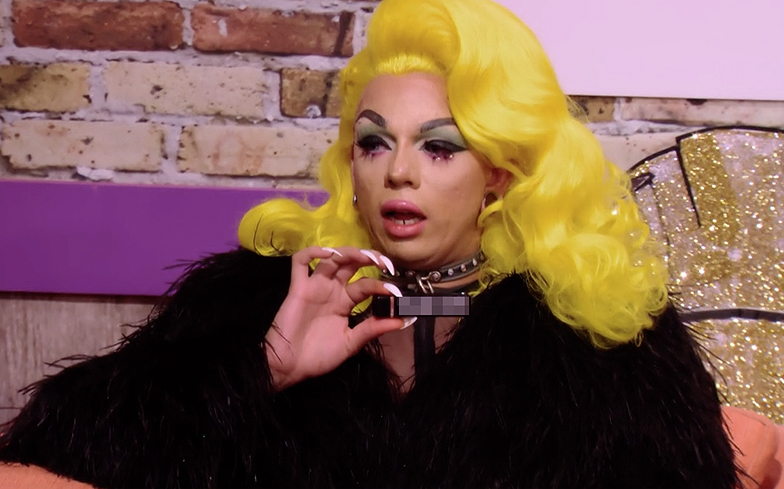 It’s about to get shady up in here…

RuPaul’s Drag Race All Stars 3 started with a bang last week, as BenDeLaCreme and Aja faced off in a fierce lip sync to Nicki Minaj’s Anaconda to decide which bottom queen – Chi Chi DeVayne or Morgan McMichaels – would be sent home.

As we all know by now (and if you don’t, why are you reading this!?), DeLa’s hilarious take on the iconic rap song won the judges over, and she sent Morgan packing as she didn’t agree with her strategy to eliminate the strongest contestants first.

Whether you agreed with DeLa’s decision or not, the real question on every queens lips is ‘Who would Aja have sent home if she won the lip sync?’

Well, the lovely people over at VH1 have given fans a sneak peek at the first 10 minutes of episode two, and the queens waste no time posing that very question to find out who’s name was on Aja’s lipstick.

“I chose Chi Chi,” Aja reveals. “It was really just based on the judges giving her a harder critique on everything.”

Elsewhere in the clip, RuPaul explains that the queens will be performing their own VH1 Divas Live, where they’ll perform some of Ru’s most famous songs, and that Todrick Hall and Vanessa Williams will be guest judging.

Watch the first 10 minutes of All Stars 3 episode 2 below.