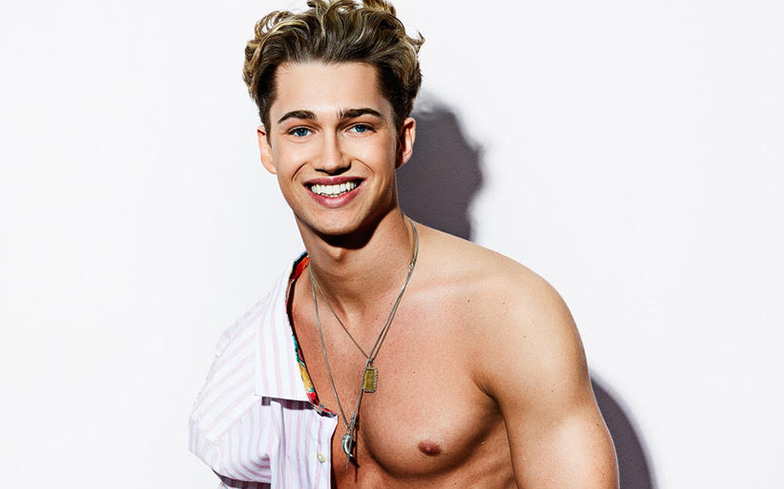 The Strictly star has already shown support for same-sex dancing on the show.

The debate around same-sex dancing on Strictly Come Dancing has been raging on for some time now, with various judges and pro dancers throwing their support behind the idea.

And speaking to the MailOnline, AJ confirmed that if Strictly did make the move to introduce same-sex couples, he wanted to be the first pro dancer to do it.

“If they do decide to finally do same-sex partners on Strictly this year, I 100 percent want to be the pro to do it,” he said. “If it’s going to be anyone [in a same-sex pairing], I’d like it to be me.”

However, he didn’t confirm that he would be dancing with a male this series, saying: “I guess it all depends on who the celebrity contestants are this year… so I think we have to wait and see.” Earlier this year, AJ announced that same-sex dancing would be featured in his dance tour, Get On The Floor!

“With dance you definitely want to see a classic waltz, for example, with a male and female. It’s traditional. But we will be doing a guys’ section. Because it’s not about gender. It’s about movement to music.

“And it’s very powerful to see two guys creating a strong impact doing a Stomp The Yard-type routine. It’s about creating art on a floor.

“Sometimes it’s more powerful to see that than watching a guy and a girl dance.”

AJ echoed this sentiment in his interview for Gay Times in our latest issue saying: “I think for me, whether it be male dancers or female dancers, whatever it is, the empowerment, and movement to music is so much more powerful – especially when you see two guys dancing together, that strength that can be created.

“That can’t always be created when it is a male and a female dance through the traditional styles of a waltz – it can be very calming. Whereas when you want to portray a stronger story having two guys together hitting it to the music, for me, it is one of the strongest things you can see.”

And on whether same-sex dancing will eventually make it to Strictly, he said: “I think it will happen.”