After the highs of Halloween, did Strictly Come Dancing keep up the momentum? 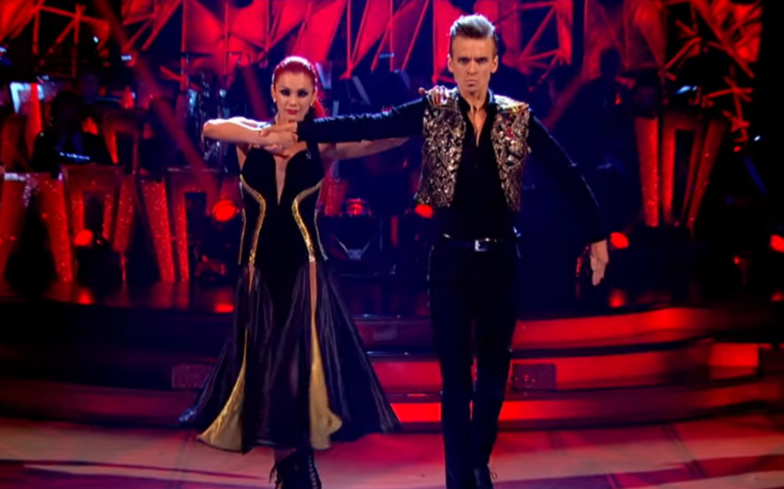 “That was tighter than Craig’s girdle!”

After a themed week on Strictly, things usually take a little turn for the worse as performances fail to dazzle without all of that pizzazz. And unfortunately, despite some strong performances, this week emphasised that point. I’m not denying the fact that were some standout performances, it’s just there weren’t any there that I wanted to watch again.

There were also a couple of injuries flying around, and although Kate Silverton’s one seemed to affect her performance, it was clear that nothing was holding Stacey Dooley. And even though he was injury-free, like usual, nothing was holding Bruno back as he bounded around that judges’ table, even grabbing Shirley in a few of his critiques.

Last week saw the end of Seann Walsh’s Strictly journey. He had some highs with his Matrix-themed paso doble and that amazing charleston, but he had plenty of lows with his horribly out of time jive and kissgate. I never expected him to make Halloween week, so he consider the fact that he did an accomplishment.

And last week also brought our most decisive poll victory yet as Faye Tozer’s iconic jazz performance netted her 56% of the vote. Joe Sugg’s vampire-themed foxtrot was a distant second with 17% of the vote. And Ashley Roberts, Lauren Steadman and Stacey Dooley were the only other celebrities to receive a vote, all with 9%. If you’d like to say what your favourite routine from last night was, you can vote in the poll at the bottom of this article.

This week’s show kicked off with a jive from Lauren Steadman, and despite some high marks I wasn’t a fan. As much as I loved all the moves on the skate ramps, the rest of the performance just felt lacking, I wanted something extra. And I can’t be the only one thinking it was a missed opportunity not starting AJ off near Mollie for that routine given all that surrounded them last year.

The next dance was Graeme Swann’s waltz, and in all honesty this was one of my faovurite dances of the night. Despite getting some decent scores in recent weeks, ignoring last week’s disaster of a cha-cha-cha, Graeme is a dancer who I feel will fail to deliver, and yet this simple waltz was elegant and moving.

The first Argentine tango of a Strictly series is usually an event, but I’ve slightly been dreading Kate Silverton’s all week long. She’s not the celebrity I would have entrusted to have set the bar for this series, and despite everything sounding good on paper, an injury scuppered her chances and confirmed my worst fears. Most Argentine tangos feel sharp and snappy, but her one was almost too placed. It’s a shame because I still quite like Kate.

Now this week, Dr. Ranj Singh was a man on a mission given his poor performance last week. And he certainly brought all the energy needed for the dance, and he was able to adequately entertain. And given that he tied with his highest score yet again, his smile should be able to make it through to next week.

Someone else who will also definitely be making it to next week is Stacey Dooley. Given her injury, I wasn’t expecting anything amazing, and yet she delivered something quite spectacular. Almost all of her moves seemed to reflect a different version of street dance, and despite all the conflicting dance styles each move fitted together like the perfect jigsaw puzzle.

But following Stacey’s performance, Danny John-Jules cemented himself as one of those in danger. It was clear that he had messed up as the whole performance ended up feeling cobbled together, and a little bit made up on the spot. And during parts with leaps and bounds it was quite clear that Danny was behind Amy. I’d always expected more from Danny, and this was his weakest outing yet.

But Ashley Roberts and Faye Tozer soon got the show back on track. Both were doing ballroom routines and both excelled in them. Ashley’s foxtrot was a sweet, fun-filled performance and Faye’s tango had all of the attack that the dance required. But much like Craig I was hoping for a bit more from the cube, I was slightly hoping to see it fall down as they left its boundaries.

And despite getting a 25 again last week, Charles still gave all of his gusto to his Viennese waltz. It was a sweet routine and I enjoyed watching it, but I can’t really comment anything else on it. But what I can comment on is Joe Sugg’s paso doble. The paso was easily my favourite dance from the last series with almost all of the celebrities giving an amazing performance from it, but this year’s outings haven’t been so great. He commanded the dance, had some great presence on the dance floor and delivered what I thought was his best routine yet. And during his VT he flashed his abs, so there’s really nothing to complain about.

Despite Ashley and Faye delivering some top performances, I struggled with choosing who to vote for. I did dabble with the possibility of voting for Joe, but decided that I enjoyed Graeme’s waltz enough that he deserved to be in the show for next week, so I threw my vote his way. Although I can easily see myself regretting that next week.

Despite Faye and Ashley’s performances, Stacey and Joe were also able to deliver some great routines, and you can watch them below.

Every week so far on this series, the lowest scoring couple has been the one that has gone home, but I think this week might be the exception. Although I can see Danny being in the bottom two, I feel like he has it in him to deliver a performance capable of beating some of the lower scoring celebrities. Although she had a fan-favourite dance, I feel like Kate is probably the celebrity most at risk of going home tonight. But with Dr. Ranj, Charles and Graeme all being low on the leaderboard as well, it could be one of them dancing again tonight.

But even though I wasn’t enamoured with last night’s performances, I’m sure many of you were, so let us know who your favourite was in the poll below.