After 20 years, Big Freedia is finally getting the respect she deserves 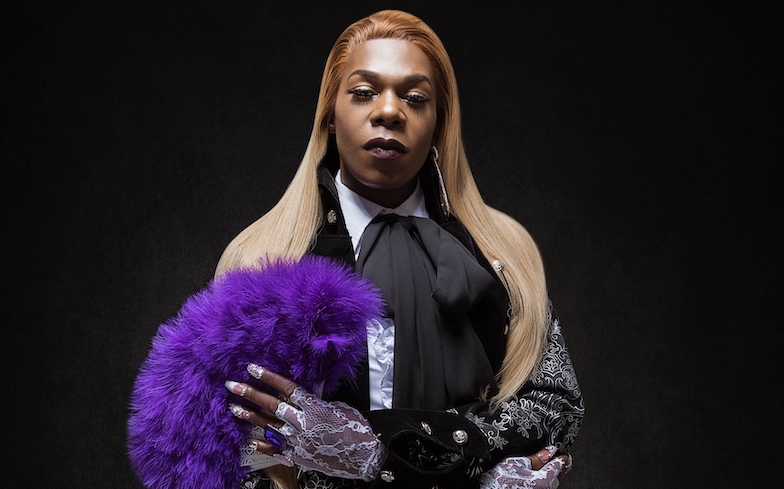 “It’s all about getting out there and continuing to grind, making a statement, owning it and representing it for our community.”

Although Big Freedia has been slaying the industry for over 20 years, it feels like she’s finally getting the respect she deserves.

The Queen Diva, who has been credited with helping popularize the (once underground) bounce genre, has been working non-stop since she emerged on the scene back in 1999 – and it shows. In the past few years, Big Freedia has contributed her vocals to songs from A-list artists such as Beyoncé (Formation) and Drake (Nice for What), fronted her own reality show, and collaborated with fan-favourite pop starlets such as Kesha, Lizzo, Charli XCX – and of course, RuPaul.

“It’s been constant work,” she tells us, ahead of her headline performance at Southern Comfort Presents MardiGras. “For me, I don’t look at all of the outside picture. It’s all about getting out there and continuing to grind, making a statement, owning it and representing it for our community. That’s what I’ve been doing for the past 20 years.”

We caught up with the legend to discuss her incredible new EP, her bonkers new video for the Kesha-assisted pop anthem Chasing Rainbows, and how it feels to finally be recognised as a pioneer in the LGBTQ community and the music industry.

And the video… it’s so gay and brilliant. I was smiling the entire time.
For real?!

How did you come up with that concept? It’s bonkers.
Well the song, self-explanatory once again, Chasing Rainbows, we wanted to be funny, colourful, loud and bright. Kesha’s brother is the one who shot the video, so it was easy to come up with the ideas. You know, we just had a fun time shooting it. Getting in the studio, it was all on green screen, so we were able to put all those types of special effects, unicorns, all that type of stuff.

Kesha must be the perfect person to do this with, right?
[Laughs] Yeah. Kesha is an amazing artist, she’s a sweetheart and she’s a fun spirit. We connected really well on the Kesha cruise. After we connected, we started texting and getting together. Next thing we knew, we had two songs: Raising Hell and Chasing Rainbows. Energy. It’s all about energy and the connection. We’ve been on some great talk shows together, we’re going on tour together… It’s all about the space that you’re in, and God’s timing.

Over the years, your voice has been used for major artists such as Beyoncé and Drake – how did those collaborations impact your career?
We’re knocking doors down and creating barriers! For me, the collaboration with Beyoncé and Drake has opened many doors, not only for myself, but for the culture of New Orleans, bounce music and for LGBTQ artists to have a bigger platform to step on. When I did those collaborations, my fanbase grew a whole lot more, my numbers went up… My money went up! It was a great thing for me.

You’ve been a pioneer in the LGBTQ community for so long, and it feels like you’re finally getting the recognition now – how does that feel?
It feels great. It’s been constant work. A lot of times, being an artist… For me, I don’t look at all of the outside picture, I just kind of focus on the grind and keep on knocking doors down and breaking barriers. That work ethic is working and making things happen, making power moves. Lots of performances, collaborations with different people and different artists, so it’s just all about getting out there and continuing to grind; making a statement, owning it and represent it for our community. That’s what I’ve been doing for the past 20 years.

A lot of artists when they tend to experience a lot of success later in their career tend to tone down what made them unique, to make them palatable to a mainstream audience – has this ever been a concern for you?
Not really for me. I’m continuing to be myself through it all, through the highs, the lows, the in-betweens. I just want to be an artist and continue being myself, so I’m always pushing to break the barrier once again, step outside of the realm and do stuff that other artists aren’t doing, something that’s not the norm. I want to continue to stand in my own space, so I’m not letting anything stop that.

Is that why you collaborated with Charli XCX? Because she’s breaking the barriers of pop right now.
Yeah, definitely. Charli and I did a shoot together and we connected. We had performed a couple of times before that, but she mentioned that she wanted me on a track and I was like, ‘Girl, whatever you need. I got you.’ Charli is also another amazing artist who steps outside the box and continues to be herself and unique in her own way. I was just happy to do the collaboration, stepping into another realm. Also, just being able to connect with these other artists’ fans is a great thing too. Everybody have their own fanbase, so to step into their world and connect with their fans is an amazing feeling.

We *need* a Shake It video, like right now.
Yes! That would be hot. Let’s do it Charli – shake it!

Ring her or text her right now, we need that video.
[Laughs] I will!

And how does your new EP reflect where you’re at, 20 years into your career?
I’m super excited about this project because I’ve stepped into another section of my career, where the quality of my music has expanded to a better place… my collaborations, and I’m on a major label now. Everything about the project is even better, the process of putting it together, the songs, the quality of it, the producers that I work with, the artists that I work with, the whole nine yards of the project. I also have some other stuff coming out, tons of collaborations…

New Orleans ‘Queen of Bounce’, Big Freedia was speaking before her headline performances at ‘Southern Comfort Presents MardiGras’ in London. To watch highlights of the event and to be kept updated about future events, follow @SouthernComfortUK on Instagram.