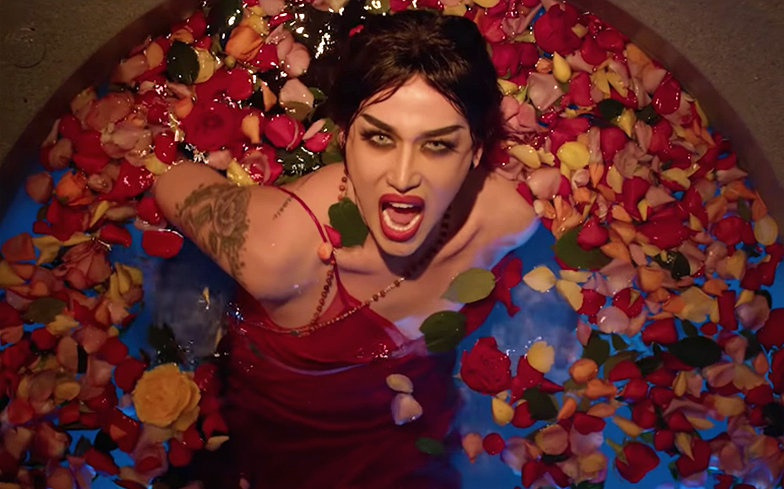 Adore Delano doesn’t want to be part of the 27 Club.

Despite not winning either of her seasons, Adore has gone on to have one of the most successful careers outside of RuPaul’s Drag Race, regularly releasing her own original music and touring the world for her adoring fans.

And while her first two albums were pure pop bangers and ballads – as we’ve come to expect from drag queens who also make music – her latest release Whatever saw the queer icon turn to punk-rock for a more authentic sound.

One of the standout tracks on the album is 27 Club, which she’s now released a sickening music video for that sees her serve looks, beautiful set pieces, and some gorgeous religious iconography that wouldn’t look out of place from Madonna.

“All of the legends died at 27, they all went to heaven,” Adore sings on the track. “I’ve been lying and I’ve been crying, and that’s how I know that I don’t wanna go.”

The title of the track pays homage to the ominous 27 Club, which refers to a string of critically-acclaimed musicians who have died at the age of 27, including Amy Winehouse, Janis Joplin, Jimi Hendrix and Kurt Cobain among others.

“I had gotten in a weird place with drugs, and I had to make a decision. Like, am I going to keep doing this? Because I knew it could get really bad,” she told Billboard about the song’s meaning last year.