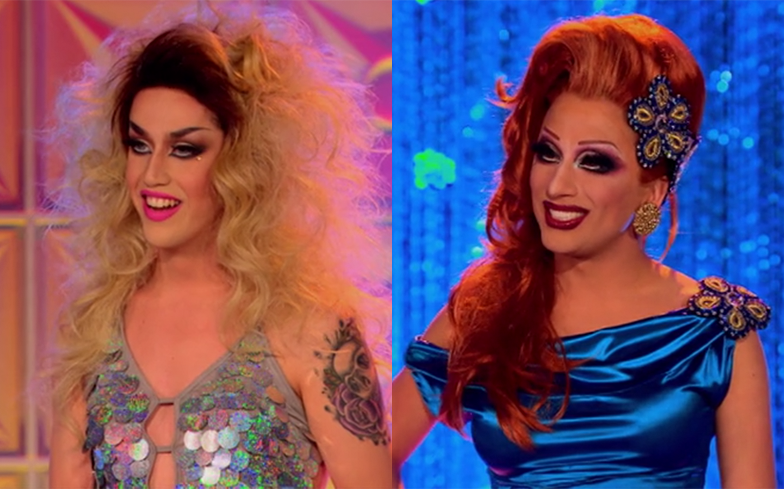 “It’s a completely different show now, I wouldn’t be comfortable at all.”

For the new issue of GAY TIMES, we had season six winner Bianca interview runner-up – and her best squirrel friend – Adore, to discuss a variety of topics: dating as a drag queen, her music career, and of course, Drag Race.

During their conversation, Bianca opined that the Emmy Award-winning series has changed since their season, which aired in 2014 and also included contestants such as Courtney Act, Darienne Lake, BenDeLaCreme, Laganja Estranja and Gia Gunn.

“When people ask me about the latest seasons, I’m like, ‘I’m watching a different show now’,” she said to Adore after discussing season six. “Maybe it was different because I was on it, maybe I think of it differently because I’m old. Time flies!”

Bianca then asked Adore if she’ll ever made a comeback on a future season of All Stars. She originally returned for the spin-off’s second season, but then left of her own free will in the second episode – making her the first contestant in HERstory to do so.

“No, I wouldn’t,” she admitted. “Maybe it’s because you’re asking me while I’m sober. I probably said that [I’ll go back] when I was drunk on stage to get a big crowd reaction. But no, I wouldn’t go back.

“Like we were saying earlier, it’s a completely different show now, I wouldn’t be comfortable at all.”

Bianca – who’s been repeatedly asked if she’d return for a winner’s season – added: “People have asked me that and it’s a weird thing, because I had a great time and I had a great run but I don’t know if I’d want to risk all that to go back. It’s hard.

“People ask me if I’d go back and I say, ‘Would you go back to high school? No!’ I came out unscathed, so I’m not going back.”

So there you have it. The likelihood of Adore and Bianca returning to RuPaul’s Drag Race as competitors is slim, very slim.

Purchase the latest issue of GAY TIMES to read the entire conversation with Adore and Bianca.

Related: Drag Race star BenDeLaCreme on the next era of her terminally delightful character.