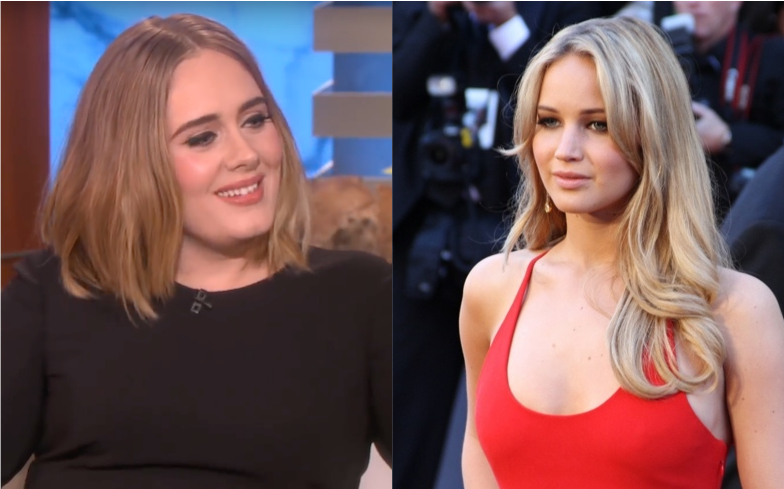 The pair popped up at Pieces in New York City.

Adele and Jennifer Lawrence surprised delighted revelers when they unexpectedly showed up at the Pieces bar in New York City.

The pair were quickly noticed, and were invited onstage, where Adele billed herself as a “stay at home mum.” And when Adele was asked by host Brita Filter: “Are you still ready to mingle and have a great time with the gays tonight?,” she quickly responded, saying: “Fucking obviously.”

Here are just some of the best reactions to the stars’ unexpected visit.

And @Adele is on stage at Pieces tonight. Oh boy, this is fun pic.twitter.com/e7fesvNIEI

Love that Adele’s laugh is still louder than all the noise there 😍😂 pic.twitter.com/ryfqzEO1WL

Adele is partying at a gay bar right now and I’m laying in bed pic.twitter.com/2dlwJ0bjFJ

i never thought i would get my everlasting life at a video of Jennifer Lawrence and Adele cursing each other out in public at a drag bar https://t.co/vNH00WhZoK

Currently stalking Instagram for pics and videos of Adele at a bar in NYC. pic.twitter.com/1Ahj3vc7RL