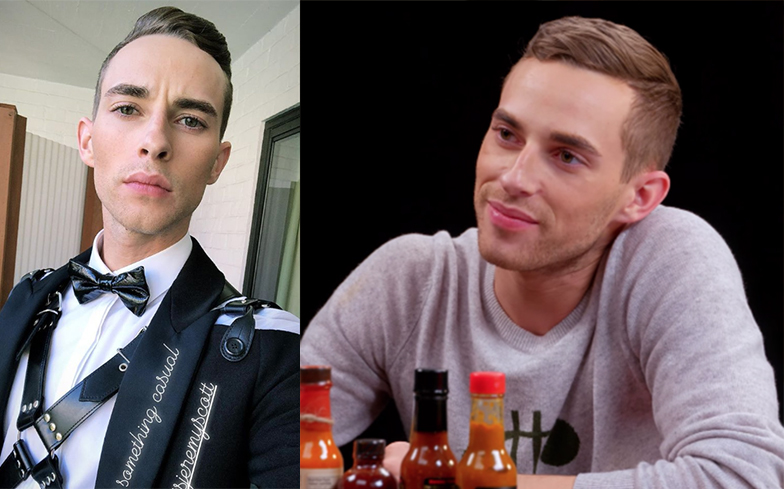 We’d totally be here for this.

Adam Rippon simultaneously raised eyebrows and won hearts when he donned a leather harness on the Oscars red carpet earlier this month, but now he’s revealed that he wanted go even further with the look.

During an interview on First We Feast’s web series Hot Ones, which sees celebrities answer questions while tackling an array of extra spicy wings, the Olympic figure skater went in-depth about the Jeremy Scott-designed outfit.

“So I love me some Jeremy Scott because I think he’s a genius and he’s crazy and his ideas are bizarre and wild, and I’m crazy, bizarre and wild [too], and some people have called me a genius.

“When Jeremy took the classic tuxedo and he took the shoulders out and we added that harness to it, where it felt like you were kind of strapped into the tuxedo, I just felt really fucking cool.

“If it were up to me, I would always push it more.”

Watch Adam struggle with his wings and talk about his career below.