Adam Rippon goes public with boyfriend he met on Tinder 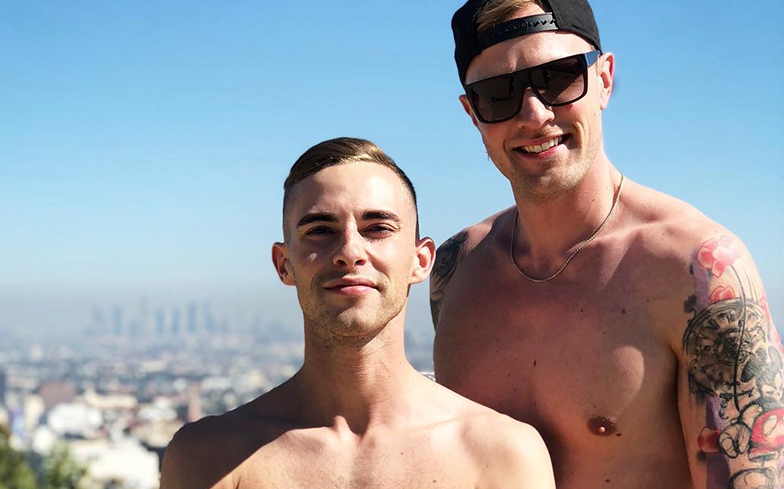 Sorry guys, Adam is officially off the market.

Olympic skater Adam Rippon has broken the hearts of millions of gay men with the announcement that he’s in a relationship.

The 28-year-old, who won a bronze medal at the Winter Olympics earlier this year, became the event’s breakout star due to his charisma, uniqueness, nerve, talent and witty, dry sense-of-humour. His stunning figure skating routines and unrelenting sass also helped.

In an interview with People magazine, he revealed he’s made it official with Finnish-born Jussi-Pekka Kajaala, and described the romance as “fresh”.

Adam said the pair – who met on Tinder – have been “talking for the past seven months” and recently “started to hang out a little bit more, because we were both really busy.”

“Now that I’m even busier, I thought it was a better time [for us] to hang out,” he added.

The two also made their relationship official with an adorbz (shirtless) photo on Adam’s Instagram, captioned: “Good boys Finnish first”.

Adam Rippon has been at the forefront of headlines this year.

After he became the first openly gay athlete from Team USA to qualify for the games in South Korea, his relationship with fellow out Olympian – and Gay Times cover model – Gus Kenworthy went viral. They shared a kiss in defiance of Mike Pence – and the internet went wild.

During an appearance on The Ellen Show, he admitted his celebrity crush was Canadian pop star, Shawn Mendes. A few weeks later, the two posed for a selfie during the Oscars, and again, the internet went crazy.

Oh, and last week, Adam described what his Grindr profile looked like in a video for Vice News, and it captured the attention of many, for obvious reasons…

You can catch Adam on the next season of Dancing with the Stars, alongside fellow Olympian Jamie Anderson and Tonya Harding.