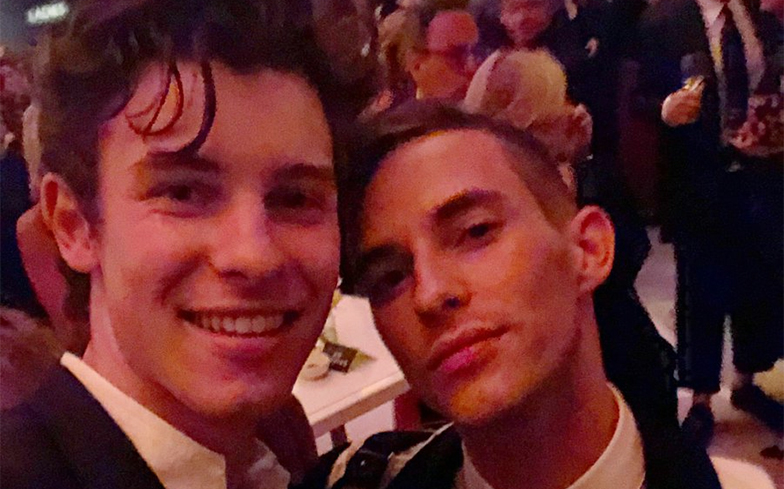 Aside from making headlines for his criticism of Trump’s administration during the Winter Olympics, the medal-winning figure skater has been stealing hearts with his unapologetic attitude to being a queer man in the spotlight.

Last month, he revealed that he had a crush on former One Direction star Harry Styles, but during a recent appearance on The Ellen Show, he explained that another dreamy pop star had caught his eye…

While we were all busy imagining how enriched our lives would be if Shawn and Adam were to form a power couple, Adam was hunting his crush down at the Oscars in order to get the perfect selfie – and he succeeded.

“I planted the seed and I saw the harvest. He is cute, he is sweet, and the other guy is Shawn Mendes,” he wrote on Twitter alongside a photo of himself with Shawn.

I planted the seed and I saw the harvest. He is cute, he is sweet, and the other guy is @ShawnMendes. pic.twitter.com/Q7F8ydOTHc

Shawn has yet to respond to his tweet, but given the smile on his face in the photo, we figure they had plenty to talk about on the night.

And needless to say, their fans are loving it.

This is better than any medal.

Casually goes from talking about Shawn on Ellen, to meeting Shawn at the Oscars. It must be good to be Adam Rippon at this moment in life.

Elsewhere at the Oscars, Adam stole the show on the red carpet, opting for a queer take on a traditional black tuxedo by adding a leather harness designed by Jeremy Scott for Moschino.