Adam Rippon gets emotional about coming out to his mom 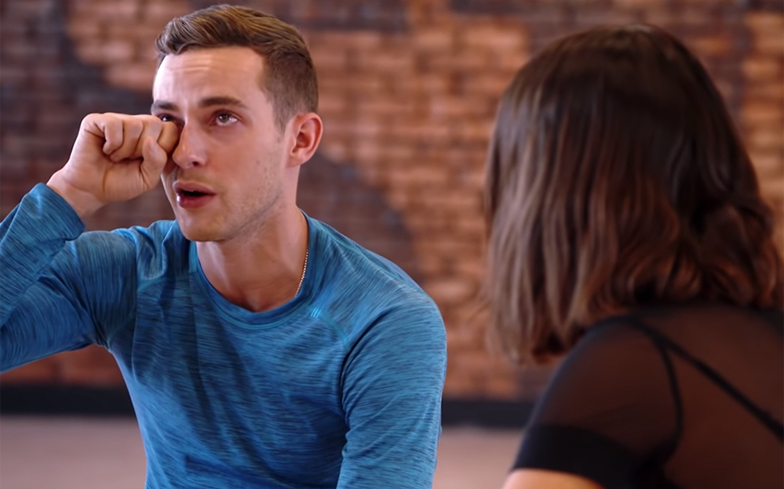 Adam Rippon continues to slay the game on Dancing With The Stars.

The 28-year-old figure skater won hearts around the world when he competed at the Winter Olympics this year, delivering beautiful routines on the ice rink and scathing takedowns of the Trump administration (hello, Mike Pence) with ease.

Now, he’s got his sights set on the Dancing With The Stars crown, and so far he’s done nothing but impress.

On the latest episode of the ballroom competition, Adam opened up to his dance partner Jenna about his coming out experience, and why his mom is his “MVP” – that’s Most Valuable Player, in case you didn’t know.

“I don’t think I’ve ever met anybody who’s as smart, as selfless, and as kind as my mom. But it’s hard when your mom is a single mother of six kids, and my mom sacrificed a lot for me to get to the rink,” he explained.

“She was working a lot because she was paying for my skating. She was tough as hell on me and she pushed me really hard, but she was always supportive.

His mom Kelly, who was watching his rehearsals, said: “There’s so much to be proud of with Adam. I’m so grateful to be his mom.”

Adam went on to perform a contemporary dance to Colplay’s O, the song which he skated to during his bronze-winning Winter Olympic performance earlier this year, and dedicated it to his mom.

As well as wowing viewers at home, the routine gained Adam and partner Jenna a massive 39 points out of 40, the highest score of the season so far, earning them a spot in the top three ahead of next week’s finale.

Watch the emotional moment, and Adam’s brilliant performance, below.