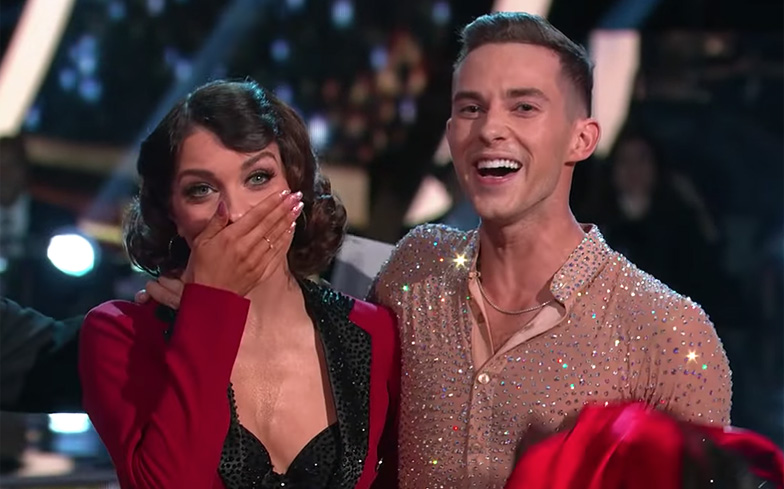 Adam Rippon just made history on Dancing With The Stars.

The figure skater, who stole the title of America’s sweetheart when he competed in the Winter Olympics earlier this year, has become the first openly gay man ever to win the US version of the television competition.

He beat off competition from fellow finalists Tonya Harding, a former figure skater, and Josh Norman, a pro footballer, to win the season and take home the mirror ball trophy with dance partner Jenna Johnson.

Adam and Jenna performed two dances in a final attempt to impress the judges, including a jazz number to Anything You Can Do from the musical Annie Get Your Gun, and a freestyle routine to a remix of DJ Kass’ Scooby Doo Pa Pa.

The pair’s more traditional jazz dance gained them a perfect 30 score, while their outrageously camp freestyle earned them 28, meaning a near-perfect total score of 58 out of 60. Unsurprisingly, they came first place in the competition.

“Winning the mirror ball now has taken on a whole new meaning. I never thought somebody like me would be accepted, but I really feel loved. And that’s why I’m so excited for what we have in store,” Adam said.

“This freestyle is different, it’s quirky, it’s fun, and I think it totally embodies me as a person, and I want to share that with America.”

Adam wowed both the judges and viewers at home through this season of Dancing With The Stars, which was made up entirely of athletes.

For his debut on the show, Adam danced the cha-cha with partner Jenna, but true to his outrageous nature, the Olympic figure skater switched things up to the sound of RuPaul’s Sissy That Walk, complete with a sprinkling of voguing.

Adam later performed a contemporary dance to Colplay’s O, the song which he skated to during his bronze-winning Winter Olympic performance earlier this year, and dedicated it to his mom – earning him a score of 39 out of 40.