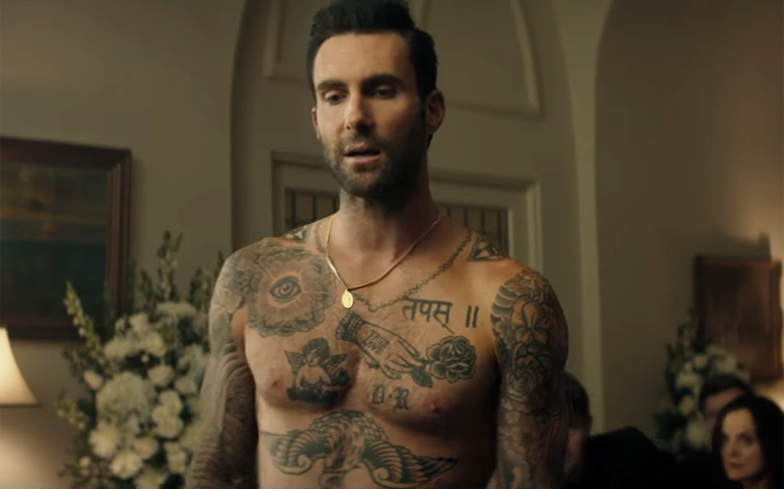 The video follows Adam Levine through various scenarios as he tries to stop his lover from leaving.

It starts with Adam Levine waking up in a coffin in nothing but his black boxers. As he walks through the church he finds his lover in a different coffin, in similarly skimpy wear.

Adam resurrects her with a scorpion sting, before being punched into the coffin, and this is where the first scene shift takes place.

The music video continues with various scenarios playing out, including one in a posh house where the girl’s face devolves into paint, and one where Adam is underwater surrounded by different women who have taken the shape of fish.

The final two scenarios features missiles destroying the town around the pair, before Adam is blown back into the house from a previous scenario, where the girl leaves him and everything literally unravels.