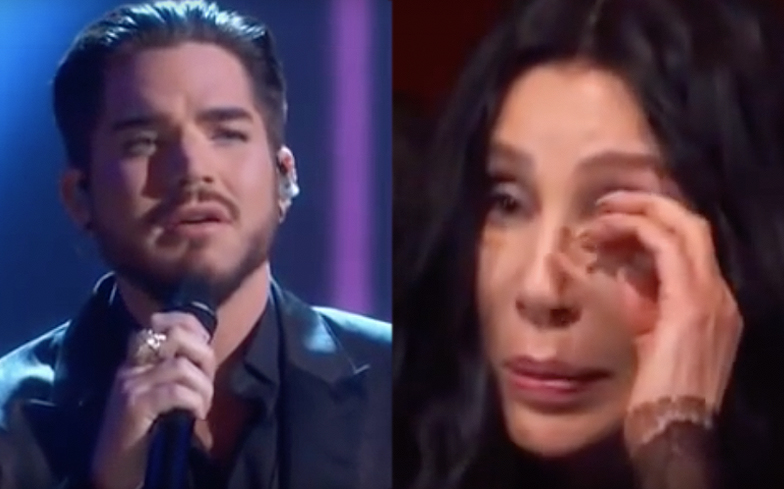 20GayTeen is still delivering, even in these final moments.

Ever since lesbian Jesus, Hayley Kiyoko, dubbed 2018 as 20GayTeen, the term has cemented itself in LGBTQ culture. All throughout the year we’ve enjoyed plenty of queer music hits, and representation on TV has reached record highs.

And even though the year is coming to an end, it shows no sign of slowing down as Adam Lambert has given a beautiful rendition of the 1998 Cher hit, Believe.

Singing at the Kennedy Center Honors, Lambert delivered the song, but this time as an emotional ballad with Cher in the audience. It’s easy to get goosebumps just listening to his version, and as he sings at times he sounds quite tearful.

And one person in the audience who was tearful during the performance was Cher, as the pop legend can be seen wiping away tears as Lambert continues. And as the song finishes, she gives the singer a standing ovation.

Posting about the performance, Cher wrote: “Tried 2 write Feelings About Adam Lambert Singing Believe In Words,but Cant seem 2.When Your senses are Overwhelmed All Can you feel with your.” She then posted a heart emoji.

Tried 2 write Feelings About Adam Lambert Singing
Believe In Words,but Cant seem 2.When Your senses are Overwhelmed All Can you feel with your ❤️.
I Was Shocked AND Over The MOON When Cindi (Lauper) came out Rocking the house.
Shocked Because SHE TOLD ME SHE WAS IN LA,