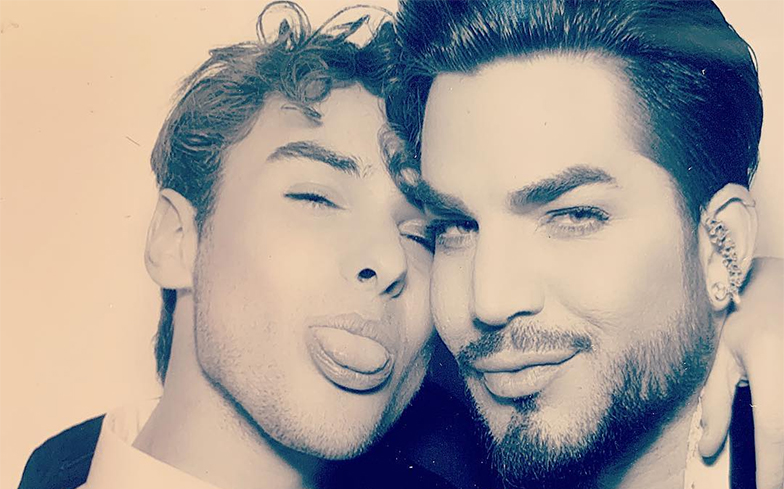 Adam Lambert has opened up about his new relationship.

The out singer-songwriter and American Idol alum took to Instagram last week to confirm that he’s dating model Javi Costa Polo, sharing three adorable photos of them together and writing “LUV U” in the caption.

Adam’s fans were naturally excited to find out more about his new relationship, and he spoke more about it on the red carpet for the GLAAD Media Awards in Los Angeles, where he was introducing a performance by Lizzo.

“I am so happy,” he told Access. “It’s something that’s not easy, especially in LA, everybody that I know who dates in LA is like, ‘Uh, how do we do this?’ So I’m really lucky, I feel really, really content.”

Adam also spoke to Entertainment Tonight about how his new relationship will affect the music on his upcoming fourth studio album, which will be his first full-length release since 2015’s The Original High.

“We’ve only been together for a short while, so I had been working on this album well before that, but it’s definitely a sweet finale to the whole process and the whole journey,” he explained.

“I think the album, when people hear it, they’ll really like the fact that it kinda goes through the steps that it takes to look for happiness and to look for contentment.”

Adam recently released a brand new track called Feel Something, a preview of his new album, which was written about “climbing out of the low period, defying my disillusionment, owning my needs, and opening my heart”.

Watch an acoustic performance of the song below.