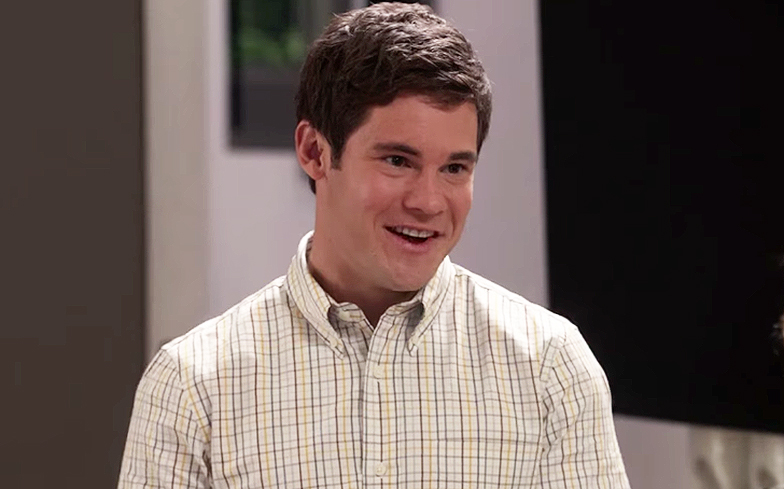 The actor, who stars alongside Rebel Wilson and Liam Hemsworth in new Netflix comedy Isn’t It Romantic, spoke to NewNowNext about wanting more queer movies that don’t focus on how difficult it is to be gay.

“It seems like almost every gay movie is about some struggle – the struggle of coming out, how hard it is, people not understanding,” he said.

“I totally get that, of course, but I want to see a movie about two gay guys where being gay is not the main issue in their lives. I want to see them on a completely different journey that has nothing to do with them being gay.”

Adam has gained the support of gay fans through on-screen roles including Pitch Perfect, Modern Family, Bad Neighbours and Mike And Dave Need Wedding Dates, which saw him star alongside Zac Efron.

Acknowledging his big gay following, he gushed that it was “very flattering” to have their support.

“It’s funny because my first manager, TV producer Eddie October, is gay,” he said. “After seeing me do a stand-up set at the Hollywood Improv Comedy Club when I was 21, he came up to me, like, ‘You’re going to be a star.’

“He was putting together this all-gay stand-up show that I couldn’t do because I’m a straight boy, but he wanted to make a tape of me doing stand-up, so we filmed my set at The Abbey in front of an all-gay audience.

“It was an awesome experience. Afterward, he was like, ‘You have no idea how many gay fans you’re going to have.’ He called it.”