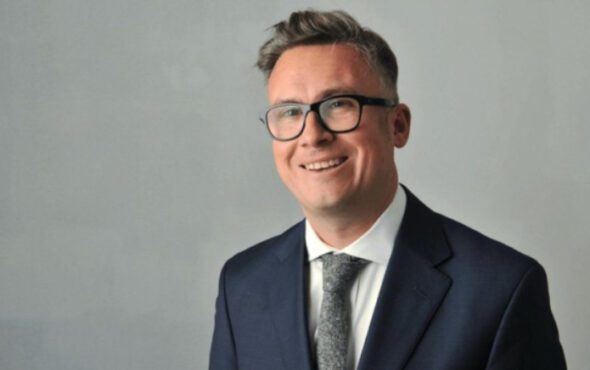 According to the government, the role will see Anderson collaborate with businesses to support the community in the workplace as he attempts to find solutions to workplace discrimination.

Anderson, the executive chairman of public relations firm Cicero who is also gay, said: “I am passionate about securing equality in the workplace and I’m delighted to take on this new role.

“It is important that both large and small businesses can unleash the potential of all their LGBT employees and customers.

“There is an opportunity for the UK to be a world leader on action by business to make this happen.”

The success of Anderson’s work will be measured at the first Global LGBTQ+ Conference in June 2022, which Truss hopes will result in “policies that will actually make a difference” to the community.

It follows the government severing ties with the Stonewall diversity scheme, as well as disbanding its LGBT Advisory Panel earlier in the year.

“There is still much to do to ensure all workplaces are truly inclusive,” Stonewall’s CEO, Nancy Kelley, said of Anderson’s appointment. “We look forward to working closely with Iain and sharing our advice and expertise to help transform workplaces and unlock the potential of LGBTQ+ people across the UK.”

Jayne Ozanne, the chair of the Ban Conversion Therapy Coalition, took to Twitter to share her concern over the role, saying: “Whilst I welcome Iain’s appointment I do think it raises important questions about priorities.”

Alongside this, she shared that the focus needs to be targeting the root causes of discrimination, not dealing with it after the fact.

Jose Franca, who runs an LGBTQ+ business group, is sceptical of the government’s intentions behind the appointment.

He said: “We feel that small business LGBT+ members aren’t being represented and we say to the government, don’t use us as a tick-box exercise, engage with us – what are our challenges? Give us the spotlight.

“Is this going to be different or is it just another PR exercise – what action will they take?”

The government also shared that the role is unpaid and will be reviewed for renewal in 18 months.

It was announced that Anderson, who is also a Stonewall Ambassador, will work with employers to create a business-led network to progress equality in the workplace, as well as empowering businesses to advocate for LGBTQ+ equality across the world.

Exact details of how this will be done are yet to be seen, but in simple terms, Anderson will be connecting the community with businesses and the government to bring the three into sync.