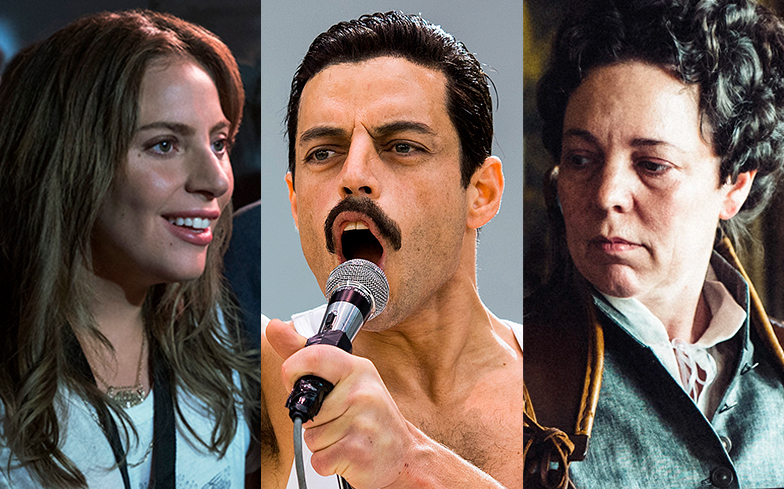 The nominations for the 2019 Academy Awards are in – and some of our favourites are in the running at Hollywood’s most glitzy ceremony.

Lady Gaga, Olivia Colman and Rami Malek have all scooped nods, while their respective films A Star Is Born, The Favourite and Bohemian Rhapsody have scored numerous nominations.

Lady Gaga has achieved two nominations – one for Best Actress, and another for Best Original Song for her A Star Is Born hit Shallow.

Olivia Colman is also in the running for Best Actress for her starring role at Queen Anne in The Favourite, and goes up against Glenn Close, Melissa McCarthy, and Yalitza Aparicio, as well as Gaga. Rami Malek is in the running for Best Actor for his portrayal as queer icon Freddie Mercury in Queen biopic Bohemian Rhapsody.

Elsewhere, Emma Stone and Rachel Weisz will face off in the Best Supporting Actress category for their roles in The Favourite, while Black Panther becomes the first film in the Marvel Cinematic Universe to be in the running for Best Picture.

The 91st Academy Awards will air live on Sunday, 24 February.

Take a look at the nominees in some of the major categories below: Best Actress
Yalitza Aparicio (Roma)
Glenn Close (The Wife)
Olivia Colman (The Favourite)
Lady Gaga (A Star Is Born)
Melissa McCarthy (Can You Ever Forgive Me?) Best Adapted Screenplay
The Ballad Of Buster Scrubs
BlacKkKlansman
Can You Ever Forgive Me?
If Beale Street Could Talk
A Star Is Born