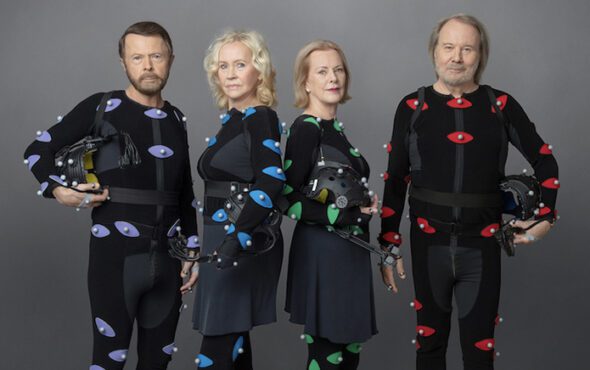 The moment has finally arrived! ABBA have reunited for a brand new album 40 years after going on hiatus.

The iconic Swedish band will be back with their new studio collection Voyage, which will be released on 5 November and includes brand new tracks recorded by all four original members of the group.

Agnetha, Björn, Benny and Anni-Frid have teased the new music by releasing two of the next tracks now. I Still Have Faith In You is a poignant ballad, while Don’t Shut Me Down is classic ABBA pop.

The show will see the stars performing digitally with a live 10-piece band, in a purpose-built arena in East London.

ABBA Voyage will have its first show on 27 May 2022, with tickets for the dates to go on sale on Tuesday 7 September at 10am.

The ABBA Arena is a state-of-the-art 3,000 capacity arena located at Queen Elizabeth Olympic Park that will see the band members’ ABBAtars (ABBA avatars) perform each evening.

These digital versions of the band have been created following weeks and months of motion-capture and performance techniques with the four members.

An 850-strong team from Industrial Light & Magic have created the ABBAtars and brought them to life for a spectacular concert experience.

“The magic of ABBA and the herculean efforts of this whole magnificent team reaches a long awaited milestone today,” said producers Svana Gisla and Ludvig Andersson.

“To be able to finally share this endeavour with the world is a proud moment for us and we can’t wait to welcome you to our arena in East London, a place where we are so happy to be.”

“From the very beginning of my career, and having had the privilege to work with them directly for many years since, it’s been a tremendous joy to be surrounded by ABBA and their music,” said Sir Lucian Grainge, Chairman & CEO, Universal Music Group.

“Their boundless creativity and timeless melodies makes us want to partner with them on everything they do because we know it will be simply great.”

At a launch event in East London, Björn and Benny told fans that the concert will include their greatest hits during to 100-minute-long show.

The pair also teased the new music, saying they are “proud” of what they’ve achieved with this new record, and revealed that one of the tracks is a Christmas song.

During their career, ABBA have sold nearly 400 million albums worldwide, had 17 No. 1 hits and continue to get over 16 million weekly global streams.

For more information about ABBA Voyage, to pre-order the album, and to register for early access for tickets, you can visit the official website here.