Is Ab Fab ever coming back? Here’s what Jennifer Saunders and Joanna Lumley had to say 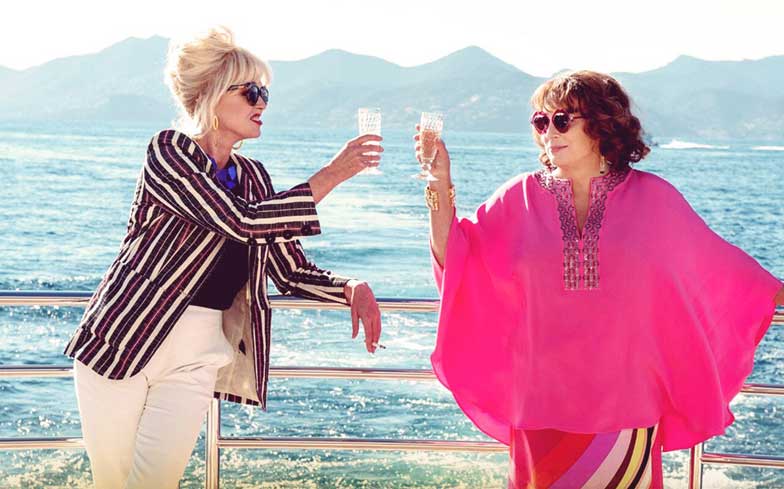 We need more Eddy and Patsy, like, right now.

Ab Fab legends Jennifer Saunders and Joanna Lumley have renewed our hope in a potential revival of the iconic show during their faaabulous Absolutely Champers TV documentary.

The BBC Two show followed the two stars as they roamed around France, learning the process of making champagne (whilst drinking it) and getting p***ed – very Eddy and Patsy right?

Well, Joanna Lumley doesn’t seem to think so. The BAFTA winning actress said: “We’re not Eddy and Patsy. I’m just a little lady who likes to sit at home and trim my Geraniums!”

As they reminisced on the show, Joanna recalled the first time she met Jennifer, revealing the pair didn’t take an instant liking to each other.

“I can remember the odd feeling. I was a bit afraid of you. I remember asking if I could call you Jen, and you said no, it was a bit of a moment.”

Related: Ab Fab movie stars banned from drinking on set after “out of hand” partying.

Over the course of the episode, the two drank more champagne, reminisced some more, drank a bit more champagne, and answered the most important question of all (kinda). Will Eddy and Patsy return?

Jennifer said: “They never go away, do they? Every time we meet, we have an idea that makes us laugh about Eddy and Patsy. So they live on.”

It might not be much, but we can have hope can’t we?

Absolutely Fabulous originally ran for five seasons and 39 episodes with eight TV specials from 1992-2012, with a feature film released in cinemas last summer.

Shortly after the film’s release, Jennifer confirmed that she was “done with Absolutely Fabulous”, wishing to focus on other projects and spend time with family.