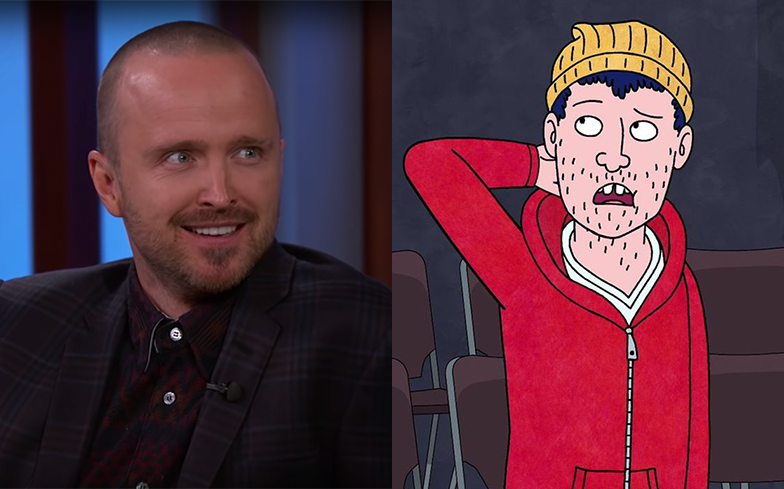 “It’s so nice to have a character on TV that represents a community that should be represented.”

Aaron Paul has discussed the impact of his character on BoJack Horseman.

Since 2014, the star has played Todd Chavez, a naive yet kind-hearted 24-year-old who lives on the titular character’s sofa. In the third season finale, Todd came out as asexual. The show’s handling of the subject matter received widespread acclaim.

In an interview with BuzzFeed News, Paul said he is “so proud to represent” the asexual community.

He explained: “So many people have been coming up to me saying, ‘I didn’t know what I was. You have given me a community that I didn’t even know existed,’ which is just so heartbreaking, but also so beautiful, you know? I think it’s so nice to have a character on TV — especially on a show so powerful like BoJack — that represents a community that should be represented.”

Although the series has received universal praise – particularly for its depiction of mental health, sexuality, addiction, sexism, racism and trauma – Netflix revealed last month that it had been cancelled, and its sixth season would be its last.

“It’s sad to say goodbye, but we know that we’re a part of something incredibly special,” Paul continued. “And Netflix gave us a beautiful home for six years. People love what we’re doing.”

The sixth and final season of BoJack Horseman is split into two parts. The first part premiered 25 October, while the second is set to premiere 31 January 2020 – watch the trailer below.