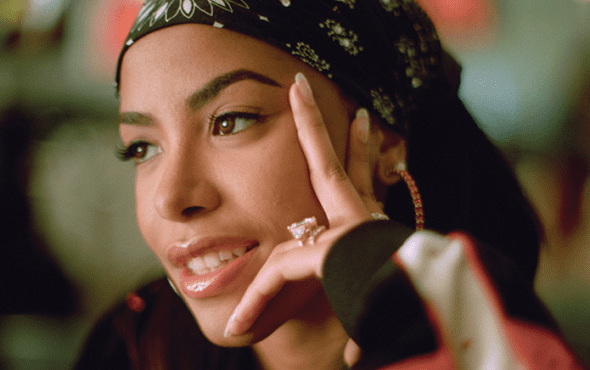 “She set him straight and made him apologize in front of the entire crew.”

Aaliyah was a “committed ally to the LGBTQ+ community,” claims her former make-up artist and hairstylist.

Eric Ferrell, who worked alongside the beloved R&B singer until her death in 2001, recently detailed an incident in which she “forcefully checked” a co-star on Romeo Must Die for “continually taunting a gay crew member.”

According to Ferrell, the gay member of staff was “flamboyant” and so the actor, whose identity remains anonymous, “thought it was funny to target him”. Aaliyah reportedly “set him straight and made him apologize in front of the entire crew.”

Ferrell’s comments were in response to a fan who asked if Aaliyah would be “outspoken about Trump and the injustice from his administration”, to which he revealed: “OH GOD YES! She had very strong opinions about social issues.”

Although he failed to mention the homophobic co-star in question, he clarified that it wasn’t “Anthony [Anderson] or Jet [Li] nor was it Delroy [Lindo],” but like several posts that speculated it to be Isaiah Washington.

The actor is well-known for his fraught relationship with the LGBTQ+ community. In 2007, Washington was fired from Grey’s Anatomy following homophobic comments made to his co-star T.R. Knight, which led to the star publicly coming out as gay.

At the Golden Globe Awards in the same year, Washington told reporters that he “did not call T.R. a faggot,” which was later disputed by Knight in an interview on The Ellen DeGeneres Show, where he claimed that “everybody heard him” use the slur.

Aaliyah and eight others were killed in a plane crash in the Bahamas on August 25, 2001, after filming the music video for her single, Rock the Boat.

The star was best known for singles such as More Than a Woman, which topped the charts in the UK, and Try Again, which became the first ever song in the US to reach number one based on airplay alone. Other notable singles include Back & Forth, Miss U and Are You That Somebody?

Aaliyah also ventured into acting with Romeo Must Die and the posthumous release, Queen of the Damned. She has since earned honorific titles such as the “Princess of R&B” for helping redefine the genre and influencing the direction of other artists.