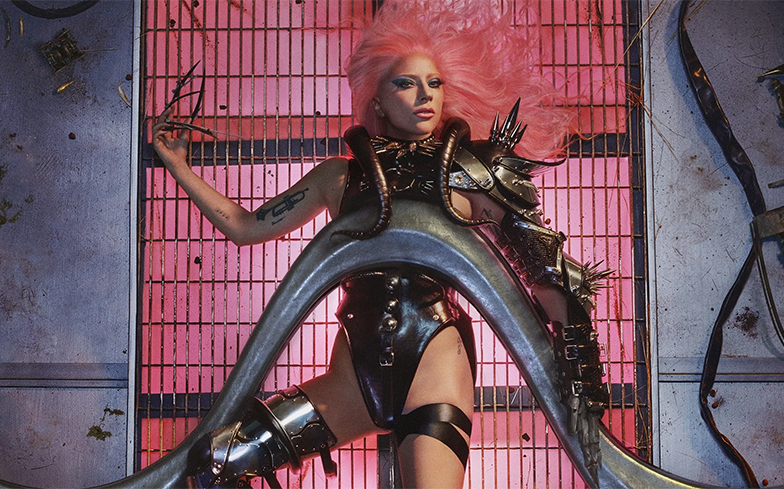 Lady Gaga is back with another incredible dance record.

After a jazz album, the country-inspired Joanne, and the rock-leaning A Star Is Born soundtrack, Gaga decided to (finally) give the gays everything they ever wanted with a return to floor-filling pop anthems on her sixth studio album Chromatica. Was it worth the wait? Absolutely.

With influences from 90s house to Eurodance and disco, the album is a non-stop party from start to end, and also manages to be her most personal body of work yet, tackling topics including mental health and the pitfalls of fame through its lyrics.

It might not be her most groundbreaking work, but it’s a solid and consistent addition to her discography that merges the best of Born This Way and ARTPOP. Gaga wanted to make the world dance, and we believe she’s succeeded.

See our track-by-track review of Chromatica (excluding the interludes) below.

Alice
Now this is how you open an album. We don’t think we’ve ever heard Gaga’s voice sound this good before. Is it too soon to say this is in her top five songs of all time? Well, we’re going to say it anyway. Almost every Gaga album has a standout track that sadly never gets the single treatment – like The Fame Monster’s Dance In The Dark and Born This Way’s Scheiße – and we feel like Alice may meet that same fate. But fans will give it a legacy of its own, and we expect to hear it at every Gaga concert for the rest of time.

Stupid Love
A disco-inspired track that saw the icon return to her dance-pop roots, fans ate Stupid Love up when it was released earlier this year. We still love it, and it was an obvious choice for lead single as it has a lot of mainstream appeal, but the rest of the album has so many highlights – many of which exude more of that quirky Gaga creativity we adore – that it’s no longer top of our playlists.

Rain On Me
Pure, unadulterated, campy joy. Big pop collaborations like this can often be a let down, especially given the high expectations, but Rain On Me lived up to the hype and then some. With a music video that’s equally as glorious, it’ll no doubt go down as one of the best singles of her career – and will have a lasting legacy as a queer anthem in the clubs.

Free Woman
Given the dark nature of the song’s inspiration (Gaga said in an interview with Zane Lowe that the song was inspired by her refusal to see herself as a victim after a music producer sexual assaulted her), this is one of the brightest songs on the album, and we can already picture the masses of drag queens around the world who’ll be lip syncing and death dropping to it with joy.

Fun Tonight
Many fans assumed Fun Tonight is about her ex Christian Carino, but the song is incredibly introspective. “You love the paparazzi, love the fame, even though you know it causes me pain,” she sings on the second verse, both referencing her debut album and also the struggles she’s faced from being in the public eye. Ultimately, the song is about not having fun when everyone thinks you should be, and it’s pretty heartbreaking.

911
First of all, can we talk about that transition from the Chromatica II interlude into 911? It’s transcendental. An album highlight for sure. Another slightly darker track, 911 is a stomping bop about self-doubt and an antipsychotic that Gaga has been taking to help “control things that my brain does”. If you look beyond the vocoder, some of the album’s best lyrics can be found here. This one’s a grower.

Plastic Doll
This next track is early Gaga meets Katy Perry, and we’re living for it. It could easily be an unreleased demo from 2010 – which in Gaga’s case is a good thing, as her demos (like Nothing On But The Radio and No Way) are legendary among pop fans. “I’ve got blonde hair and cherry lips, I’m state of art, I’m micro-chipped,” are lyrics that could come straight from The Fame Monster era.

Sour Candy
While collaborations with Elton and Ariana make total sense, we were a bit surprised (pleasantly, though) when we found out Gaga had a song with BLACKPINK. They’re K-pop superstars (and arguably the biggest girl group in the world right now) with a signature sound that’s quite different from Gaga’s, so it could easily have gone wrong, but what transpired is a club-ready deep house banger that will have you longing for the dancefloor at your local queer venue. It’s not groundbreaking, but it’s a lot of fun. Our only complaint is that it’s far too short.

Enigma
Among an album full of surprisingly personal moments, Enigma is a by-the-books dance-pop song about a relationship, as Gaga proposes, “We could be lovers, even just tonight, we could be anything you want.” It’s not a standout, but the drums add flair and her vocal delivery is top-notch. This could quite comfortably have slotted into Born This Way’s tracklist.

Replay
This song is out for a good time, and it’s a full-on dance experience from start to finish – we’re getting Basement Jaxx meets Sophie Ellis-Bextor vibes, and yes, that’s incredibly high praise. Again, Gaga merges dark lyrics with infectiously danceable beats, while her vocal delivery is erratic in a similar manner to Joanne’s best track John Wayne. Like the title suggests, we’ll be playing this one to death – it’s a standout for sure.

Sine From Above
If you told us this was a Eurovision-winning song and not a track on Lady Gaga’s latest album, we’d probably believe you, as it’s got all the camp, epic build-ups and soaring choruses the popular song competition is known for. The song also subverts any expectations of her long-overdue collaboration with Elton John – which most assumed would be a piano ballad – by putting him on an electronic dance banger about the healing power of music. In its final 20 seconds, after a brief moment of calm, the song descends into an outrageous drum & bass segment, a moment that would sound out of place even on the noisy, experimental (and sorely underrated) ARTPOP.

1000 Doves
This is the closest we get to a ballad on Chromatica, as Gaga delivers a beautiful and tender plea for help – “I need you to listen to me, please believe me, I’m completely lonely, please don’t judge me” – although it soon transforms into a dance-heavy banger on the chorus with one of Gaga’s signature stuttering hooks. The bridge is a vocal highlight.

Babylon
This is camp, queer Gaga at her best, as she commands the listener to “strut it out, walk a mile” and “serve it, ancient-city style” over 90s house beats. It does have some sonic similarities to Madonna’s Vogue, although with the theme of gossiping and lyrics like “rip that song” we almost wouldn’t be surprised if this is a tongue-in-cheek intention after the Born This Way/Express Yourself saga. A solid album closer that’s destined to be a future tour interlude (and Gaga fans know that’s never a bad thing with those visuals).

We have a winner baby! Here’s how fans reacted to the finale of Drag Race Down Under season one