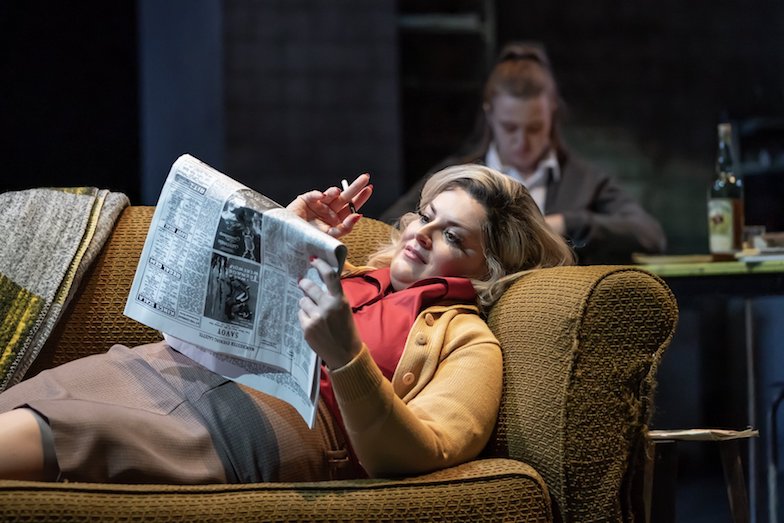 Shelagh Delaney’s play makes a return to Salford’s The Lowry some 60 years after it first opened at the Theatre Royal London in 1958 – and after being adapted into a successful film in the early 60s.

The story centres around two characters; a mother, Helen and her daughter, Josephine, with a focus on their difficult and fractious relationship. The audience get a sense of the dynamics of their relationship from the opening scene where Helen moves her and Josephine to a small flat in Salford, much against Josephine’s wishes.

It’s evident that Helen is a woman that has had to make do with very little and as the story unfolds, you see her try to better herself by marrying a man who is willing to financially support her, but in turn leaving Josephine alone at 17 years old. Josephine has a deterministic mentality, to be better than her mother and in making her own choices about the relationships she has, irrespective of social norms at the time.

Josephine falls in love with a black sailor and becomes pregnant with his child. In the second act, we see Josephine find and develop a trusting relationship with a close friend who cares for her and their attempts to build a conventional life to ‘fit in’ despite being unconventional at that time as a gay man and an unmarried pregnant woman.

The audience are welcomed into the theatre with musicians playing and actors already on stage and begins when Prenger starts singing gently to which conversations quickly simmer and hush.

The musicians remain on stage throughout the production and add a beautiful tone throughout. All the characters use song as a means to transition between scene and set changes which is a nice addition and break to the dialogue.

We had high expectations for an emotive and compelling portrayal of the issues that Delaney so bravely and fiercely wrote about back in 1958 but were left feeling that, in today’s production, the impact of an interracial relationship and the struggles of a gay man in an industrial Northern city were lost. If you didn’t know when the play was originally produced you would be forgiven for not recognising the significance of these storylines and for being more focused on the two women.

Of course, it’s hard not to pick up on the vulnerabilities and insecurities evidently at the forefront of both characters and Jodie Prenger and Gemma Dobson skilfully personify this throughout. The audience regularly appreciate the dry wit and bickering that goes on between the two and the sense of humour and northern stoicism that they represent.

Overall, the production was to a high quality with a talented cast, musicians and dynamic set, but was sadly slow in pace with some scenes feeling particularly lengthy. The audiences response likely evidenced what we suspect around the importance of understanding the history behind A Taste of Honey, with some feeling that it was an outstanding performance worthy of a standing ovation and others clearly not being captured by the play – being disengaged from early on.