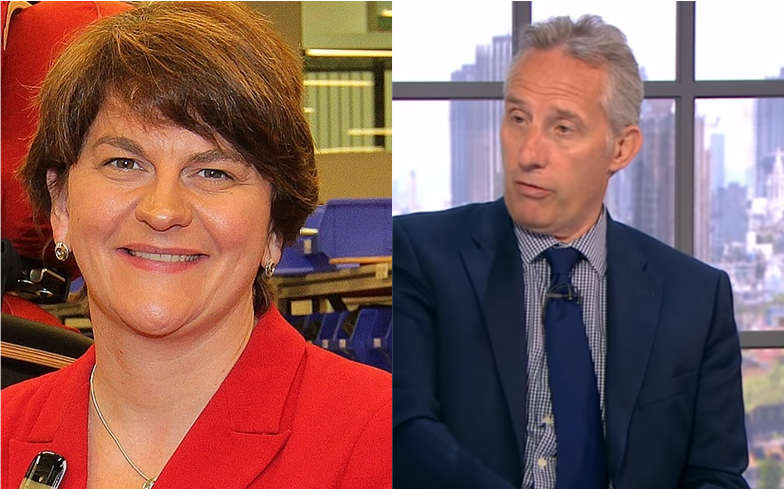 Abomination: The DUP On Record is set to debut on 17 November.

An opera is set to debut at Belfast’s Lyric Theatre as part of the Outburst Queers Arts Festival. The opera was penned by openly gay composer Conor Mitchell and will feature anti-LGBTQ quotes from the DUP.

A listing for the opera calls it “a timely, powerful and unapologetic new work that is a testament to the power – and duty – of artists: to fearlessly hold a mirror up to those in power.”

The listing continues, saying: “In 2018 Northern Ireland is cited as the most homophobic area in Western Europe. That homophobia goes right to the heart of our political leadership. A lot of the musical pieces in the opera will be based off of comments given by former DUP politician Iris Robinson. She created outrage in 2008 when she said that homosexuality made her “sick and nauseous” on a radio program shortly after a gay man was physically assaulted.

She further claimed that homosexuals could be “cured.” However, her worst remarks came during a committee session on the risk assessment and management of sex offenders, when she said: “There can be no viler act, apart from homosexuality and sodomy, than sexually abusing innocent children.”

Speaking to the Belfast Telegraph Mitchell said: “I don’t want to be accused of putting words into her mouth. I want to take the words she used and muse on them musically and make a beautiful piece of music.

“They will be beautifully sung and I’m thinking about adding a religious choral work under the performances.”

Mitchell added: “I want the audience to muse over words like ‘abomination’, ‘child abuser’ and ‘repugnant’. I want to show how music can reflect the horror of those words.”

Other remarks set to feature are Ian Paisley Jr.’s 2008 comments when he said that he was “pretty repulsed” by homosexuality and lesbianism. Maurice Mills’s comments that Hurricane Katrina, which killed over 1,800 people, was sent to New Orleans following a gay Mardi Gras celebration may also feature.

However, Mitchell denied that the musical was “bashing” the DUP, saying: “It was the DUP who put the words out there.

“I think it’s a very dangerous time. We are still very different in this part of the world from what is happening in the UK and in the South. We don’t have same-sex marriage and these people feel they can say these things in the public domain.

“So I think it’s right to discuss what the DUP are saying about me, especially when they are in Government with Theresa May. If I said the things about the DUP that they say about me, I would end up in court.”