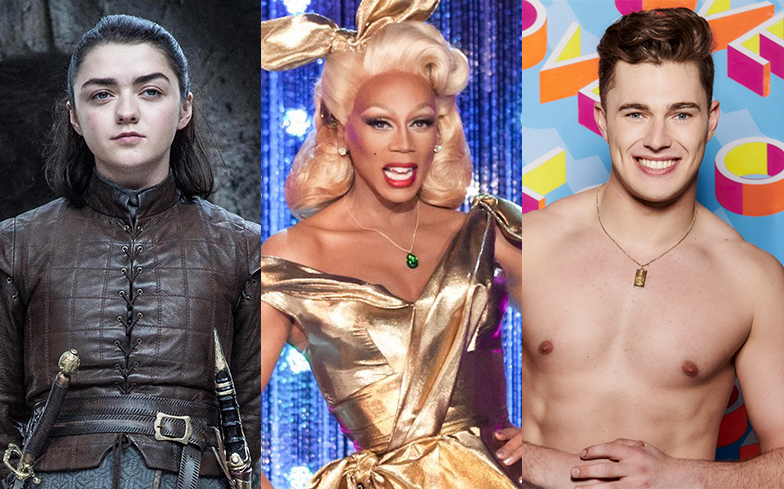 For those who are unaware of our British icons…

Earlier this week, the premiere date for the highly-anticipated British spin-off of RuPaul’s Drag Race was confirmed.

Of course, they’ll be joined each week by a sickening celebrity guest judge who will critique the charisma, uniqueness, nerve and talent of the queens and their performances on the runway and in the challenge.

We’ve rounded up every guest judge scheduled to appear on the series and provided a bit of background info including how many chart-toppers they’ve achieved, Tony and Emmy wins etc – see below. Known for: Dancer and choreographer

AJ Pritchard made his industry debut in 2013 with a widely-acclaimed performance on Britain’s Got Talent, so he knows a thing or two about being judged on a reality competition. He later joined the cast of Strictly Come Dancing and is confirmed to return for his fourth run later this year. “I am such a fan of RuPaul and was honoured to be asked to work on the UK show,” AJ said in a statement. “We had an amazing time working with the queens and cannot wait for you to see the performance. British actor Andrew Garfield received international recognition when he starred in The Amazing Spider-Man and its sequel, both of which grossed over 700 million at the worldwide box office. He later received praise for his roles in Silence and Hacksaw Ridge, the latter of which earned him an Academy Award nomination for Best Actor. Garfield also won a Tony Award for his role in Angels in America. Known for: Singer and television personality

Cheryl rose to fame in 2002 after winning a spot in Girls Aloud, a girl group created through ITV’s Popstars: The Rivals. They went on to achieve a staggering 20 consecutive top ten singles in the United Kingdom, including four number ones. She later pursued a solo career and became the first British female artist to have five chart-toppers. She’s also known for judging alongside Simon Cowell on The X Factor. Brother of AJ Pritchard, Curtis is known for his role as dancer and choreographer on the Irish version of Dancing with the Stars. He rose to prominence earlier this year after sashaying into the Love Island villa, where he ultimately placed fourth alongside partner and reality television icon Maura Higgins. Do we even need to? Geri motherfucking Halliwell is one fifth of the most iconic girlband in history, Spice Girls, who conquered the pop industry in the late 90s with anthems such as Wannabe, Spice Up Your Life, Who Do You Think You Are and Viva Forever. She memorably left the band after their second studio album and earned four chart-toppers in the UK. Jade Thirwall is a member of Little Mix, the first band to ever win The X Factor. Since their win in 2011, they’ve supplied us with pop anthems such as Wings, Move, Black Magic, Touch and Wasabi, and have sold over 50 million records worldwide, making them one of the most successful girl groups in history. Jade is a notable Drag Race fanatic, having recruited Willam, Alaska and Courtney Act for Little Mix’s music video for Power, so we’re v excited to see her on the judging panel. Known for: Television presenter and journalist

Scottish media personality Lorraine Kelly is a national treasure in the UK. She’s presented for television shows such as TV-am, GMTV, ITV Breakfast, Daybreak, Good Morning Britain and her own self-titled morning show, which has been on the air since 2010. Maisie Williams became an international icon with her role as Arya Stark in HBO’s fantasy drama, Game of Thrones, which ran for eight seasons between 2011 and 2019 and is widely regarded as one of the best television shows of all time. She received Primetime Emmy Award nominations for her work in 2016 and 2019. Maisie is set to star as Wolfsbane in The New Mutants, Fox’s 13th and final instalment in the X-Men franchise. After appearing in series such as Law and Order UK, Top Boy and London Spy, British performer Michaela Coel wrote and starred in the E4 sitcom, Chewing Gum, for which she received a BAFTA for Best Female Performance in a Comedy Programme. She also appeared in two of Black Mirror’s most praised episodes to date: Nosedive and USS Callister.

Known for: Singer, songwriter and producer Stacey Dooley made her debut in the entertainment industry as a participant on Blood, Sweat and Tears, a British documentary series that followed six British fashion consumers aged between 20 and 24 as they travelled around India. Since, she has became well-known for raising awareness for child labour and women in developing countries with a variety of social-issue themed documentaries. Known for: Model, actress and singer

British model Twiggy was a prominent teenage model in swinging sixties London and was known for her androgynous style. After her modelling career, Twiggy enjoyed success on stage and screen, winning two Golden Globe Awards for her performance in The Boy Friend and earning a Tony nomination for her Broadway debut, My One and Only. She also had a brief stint as a judge on America’s Next Top Model.