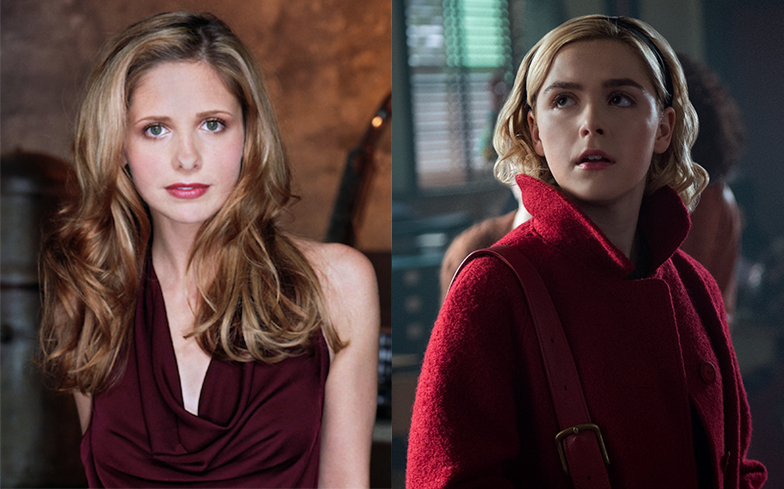 Chilling Adventures of Sabrina is about to get even spookier.

The critically-acclaimed Netflix reboot, which premiered on the streaming service in October this year, has been compared to TV classic Buffy the Vampire Slayer thanks to its feminist lead, supernatural elements and camp villains.

So fans of Joss Whedon’s 90s fantasy opus will be ecstatic to hear that one of the show’s stars has signed on to join the cast of Sabrina season two, which is expected to premiere next year. In Sabrina, he’ll play Mary Wardwell’s boyfriend Adam Masters, who’s returning to Greendale after working overseas. We’re sure he’ll have a shock when he finds out his fiancé has been possessed by demon Madam Satan. Given the show’s willingness to include LGBTQ characters and themes, we’re hoping Sabrina’s version of Dorian will explore the queerness of Oscar Wilde’s original novel, The Picture of Dorian Gray.

Sabrina actress Kiernan Shipka recently spoke to Bloody Disgusting about season two of the show, teasing that it’s “very different” from the first.

“I feel like we’re already in such a rhythm from coming out of the first season that to jump right into the second one was really, really fun and just a great opportunity to keep the momentum going,” she said.

If you just can’t wait for the second season of Sabrina, you’ll be glad to know a Christmas special is coming to Netflix on 14 December, and it will star McKenna Grace as a younger version of the titular hero.

“During our holiday special, we’ll get to see what Sabrina was like as a precocious tot,” Netflix said in a statement.

“And while The Church of Night celebrates the Solstice, that doesn’t stop Li’l Sabrina from asking Santa for something special.”