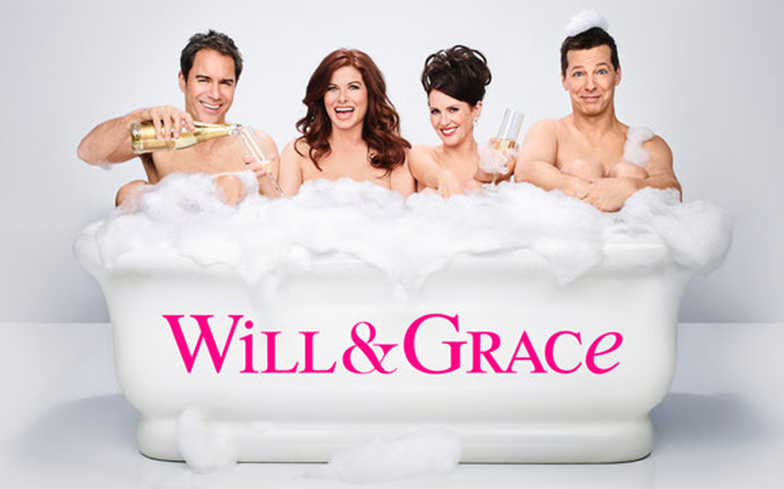 And in a new teaser trailer, producers confirmed that there would be a big wedding on the way.

The video is captioned, “Get ready for a Big Fat Gay Wedding,” and as a bride throws her bouquet, Will, Grace, Jack and Karen all vie to be the one who catches it.

And as the Etta James classic, At Last, plays the words “Being single is so last season” flash up.

Get ready for a Big Fat Gay Wedding. #WillAndGrace pic.twitter.com/Bc94Lw4Bgs

Producers haven’t confirmed who will be the lucky couple will be, but something we do know is that Chelsea Handler has been cast as “high-powered lesbian” Donna Zimmer. And Donna will be dating Grace’s sister, Janet.

However, the wedding could also be between Jack and Estefan, as they became engaged at the end of last season. Or it could even be a couple we don’t even know yet.

But one thing we do know is that Will & Grace premiering on October 4 on NBC.