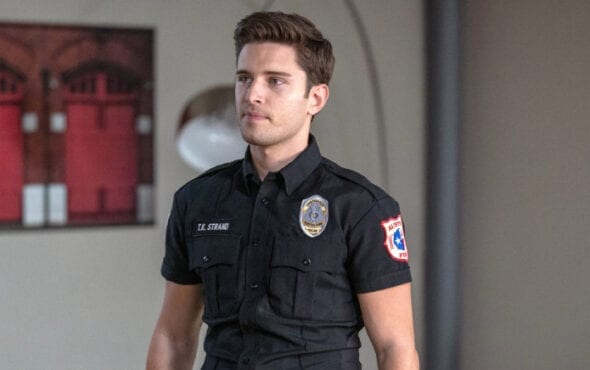 Ronen Rubinstein has come out as bisexual.

The actor, who currently plays TK Strand in 9-1-1: Lone Star, opened up about his sexuality in a recent interview with Variety.

Where Rubinstein comes from, he said “people like me and people who have identified as bisexual or gay” or any part of the LGBTQ+ community have not been welcomed in the past.

“It’s as brutally honest as that,” he admitted.

“It’s either you faced insane amounts of profanity, like the F-word was thrown around all the time or you would get your ass kicked if you were gay. So there was definitely a fear of sort of embracing how I felt.

“I was definitely more aware of it in high school. I was aware of my feelings and how I started looking at men, but I couldn’t talk to anybody about it.”

Rubinstein credits Lone Star with helping him come to terms with his sexuality.

His character’s romance with police officer Carlos Reyes (played by Rafael Silva) has become one of the most championed relationships -queer or straight – on air, with fans shipping the couple as ‘Tarlos’.

“The fans, especially the Tarlos fans, it’s one of the biggest reasons that I finally felt safe and comfortable to talk about it and to finally embrace it and be happy about it,” he explained.

Lone Star series creator Ryan Murphy, who is gay, has been a source of support for him, as well as his girlfriend Jessica Parker Kennedy. “She’s actually one of the first people that sort of respectfully called me out on it,” Rubinstein said. “She’s like, ‘Is there something we need to talk about?’ And I said, ‘Maybe.’ I didn’t know how that conversation would go.

Rubinstein approached Variety to discuss his bisexuality because he wants struggling queer youth to “know that this is a hopeful and happy story” and that “they’re not alone and it’s definitely okay.”

“Trust me, I know that it is not easy,” he continued. “My path has not been easy at all, but it’s just one more thing that I can share with people to help them and let them know that I’m here for them.”

You can read Rubinstein’s full interview with Variety here.

The second season of 9-1-1: Lone Star airs on FOX in the United States and Sky Witness in the UK.