8 LGBTQ films you absolutely need to watch in 2020 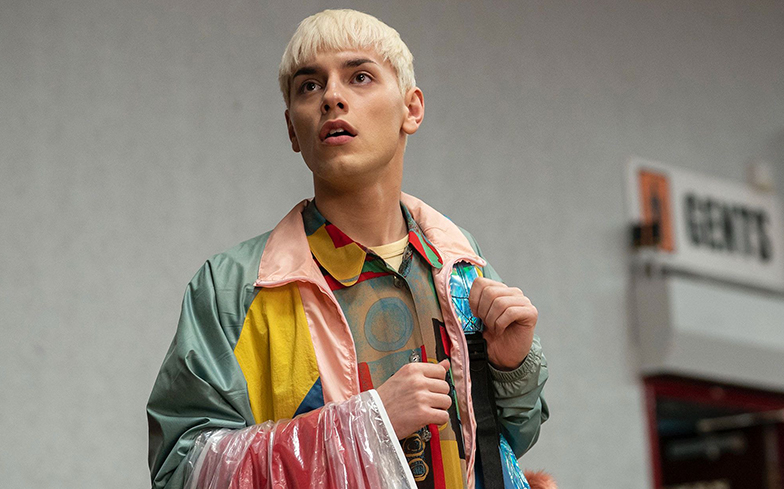 Although the 2010s were filled with iconic LGBTQ films like Call Me By Your Name, Moonlight and Carol (which we named the three best queer flicks of the 2010s, by the way), it felt like 2019 specifically was… lacking.

Fortunately, this year has plenty in store for us, from the big screen adaptation of West End favourite Everybody’s Talking About Jamie to Marvel’s first film to feature an openly queer superhero, The Eternals.

Although Queen And Slim might not be telling an LGBTQ story, it packs a real emotional punch as it explores the horrors of racism. Queen And Slim is directed by Melina Matsoukas in her film directorial debut, however you may be more familiar with music videos that she’s directed, like We Found Love by Rihanna. And although the plot may not be LGBTQ-related, there’s still plenty of queer talent in the film with Lena Waithe having written the story, and trans and non-binary actor Indya Moore has a role as a literal Goddess. MM

Portrait Of A Lady On Fire (28 February)

Portrait of a Lady on Fire made history when it screened at the Cannes Film Festival, as it picked up the Queer Palm award, and made director Céline Sciamma the first ever woman director to win the accolade. Sciamma’s minimalist storytelling really pays off in a moving film that explores the forbidden relationship between Marianne and Héloïse, from Marianne painting Héloïse before the couple’s first kiss as their relationship steadily grows more intense. The film will be reaching British shores come February, and you will not want to be missing this masterpiece of a film. MM

Another film here that incited controversy upon its release, although for much different reasons, And Then We Danced received threats from ultra-conservatives and pro-Russian groups in Georgia who argued that screening the film was promoting the ‘sin of sodomy’. Although that phrase alone might tempt you in, there are many other reasons to watch the love story blossom between dancer Merab, played by Levan Gelbakhiani, and his rival turned strongest desire, Irakli, played by Bachi Valishvili. And seeing as the film is now Oscar-nominated, there’s even more reasons for films buffs to go watch. MM

Based on the Disneyland ride of the same name, Jungle Cruise follows scientist Lily Houghton (Emily Blunt) and brother McGregor (Jack Whitehall) as they join river boat captain Frank (Dwayne Johnson) to journey through a dangerous jungle in search of The Tree Of Life. From what we’ve seen so far, it looks promising, and will likely follow in the footsteps of Pirates Of The Caribbean to become another beloved, long-running franchise. It’s also been reported that it will feature Disney’s first major openly gay character on the big screen, as British comedian Whitehall takes on the role of McGregor Houghton. DM

Award-winning musical Everybody’s Talking About Jamie, which started life in Sheffield and quickly transferred to London’s West End, is based on the real-life story of Jamie Campbell, and follows a schoolboy who dreams of going to prom dressed in drag with the help of his mother. It’s a bit like Billy Elliott but with less angst and more glam. The inspiring message and LGBTQ themes were a hit with audiences and critics, so it’s no surprise that it was picked up for a big-screen adaptation – from 20th Century Fox, no less. The film stars newcomer Max Harwood in the leading role of Jamie New, where he makes his professional big screen debut, while BAFTA-winner Sarah Lancashire (Happy Valley, Kiri) will play Margaret New, his supportive mother. Academy Award-nominee Richard E. Grant (Game Of Thrones, Spice World) will star as Hugo and his drag alias Loco Chanel, who teach Jamie how to do drag, and BAFTA-winner Sharon Horgan (Catastrophe, Pulling) will play Jamie’s unsupportive teacher Miss Hedge. Meanwhile, Shobna Gulati (Coronation Street, Dinner Ladies) will reprise her role as Margaret’s best friend Ray, which she originally played on the West End. It’s destined to become a classic British film. DM

Set at the beginning of the universe, The Eternals will focus on an immortal alien race of the same name created by the Celestials, who are sent to Earth to protect humanity from their evil counterparts, The Deviants. The 25th entry in the Marvel Cinematic Universe has an ensemble cast, featuring the likes of Angelina Jolie as Thena, Richard Madden as Ikaris, Kumail Nanjiani as Kingo, Salma Hayek as Ajak, Gemma Chan as Sersi, Kit Harrington as Dane Whitman, Bryan Tyree Henry as Phastos and Lauren Ridloff as Makkari. It will be historic for the franchise because it will be the first Marvel film to feature an out-and-proud superhero. Kevin Feige – Marvel Studios president – said of the character: “He’s married. He’s got a family. And that is just part of who he is.” Footage of the upcoming blockbuster was shown at CCXP 2019, and revealed that Plastos (played by Brian Tyree Henry) had a same-sex partner with two kids, making him the first openly queer superhero in the Marvel Cinematic Universe. SD

Coming in early 2020, Ammonite is set to explore the life of the acclaimed, but under-recognised palaeontologist Mary Anning as she meets with fellow geologist Charlotte Murchison as she cares for her own ailing mother. The film has major star power with Academy Award winner Kate Winslet in the starring role, and Academy Award nominee Saoirse Ronan as her love interest. However, it has attracted controversy ahead of its release, with relatives of Anning saying that Mary didn’t identify as a lesbian, and that the film was fabricating a love story where there never was one. MM

Comedy heavyweights Will Ferrell and Rachel McAdams have teamed up with Netflix to star as Lars Erickssong and Sigrit Ericksdottir, two aspiring performers who wish to represent Iceland at the Eurovision Song Contest. Pierce Brosnan will play Lars’s father Erick – the “most handsome man in Iceland” – and Dan Stevens steps into the role of Russian contestant Alexander Lemtov. However, the cast member we’re most excited for is Demi Lovato, who will be returning to her comedy roots as Katiana, the “best and most angelic singer in all of Iceland”. Hopefully the comedy film will be able to capture the magic, craziness and extreme campiness of the competition that it is based on. SD