5 of the best fan theories about how American Horror Story: Apocalypse will end 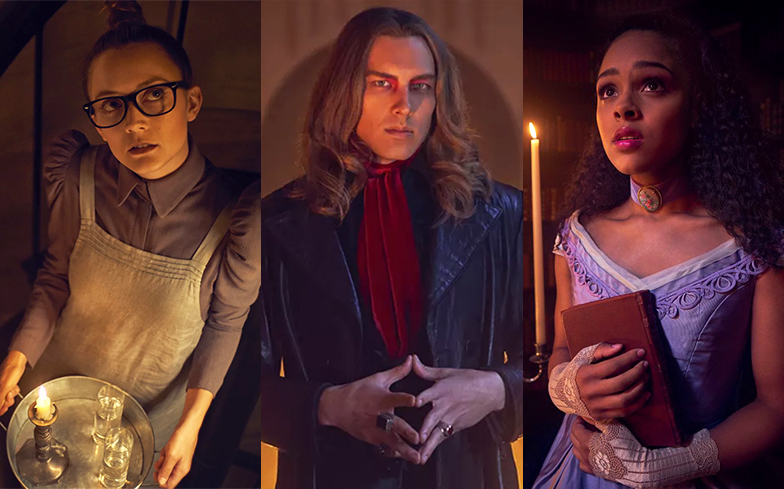 Every year, the hit anthology series provides twists and turns – and often red herrings – in abundance, so one of the most exciting parts of tuning in each week is trying to figure out what in fresh hell is going to happen next.

With a crossover between Coven and Murder House characters, the re-appearance of anti-christ Michael Langdon, and the end of the  world on their plate, the writing team at American Horror Story face their biggest challenge yet wrapping this season up.

Unsurprisingly, fans have more than a few theories on what will happen next, and we’ve rounded up just a few of the best below.

Mallory is related to Scáthach… somehow.

Many fan theories related to this season revolve around Billie Lourd’s meek-yet-powerful witch Mallory. Before the apocalypse happened, she was a student at Miss Robichaux’s Academy, where she exhibited skills far beyond those of her contemporaries, with Myrtle Snow even suggesting she could be the next supreme. So how does Scáthach come into this theory? Well, if you cast your minds back to season six (Roanoke), you’ll remember that Scáthach was the original supreme, and she also had an insatiable desire to have sex with hapless men. Could Mallory be one of her children? A slightly more out-there suggestions is that Mallory might actually be Scáthach. Or, more specifically, that Scáthach has possessed Mallory’s body. Remember when she told anti-christ Michael Langdon, “Sometimes I feel like there’s someone buried inside me, someone trying to claw their way out”? There was also a little Roanoke easter egg in episode five of Apocalypse, where Cordelia announced that Michael’s seven wonders trial would take place during the Blood Moon. Those who’ve watched season six will know that the Blood Moon is when the spirits haunting the farmhouse could cross over and murder the living. Mallory is an angel… or something even more divine.

If the idea of Mallory being Scáthach’s descendant (or Scáthach herself) is too much of a stretch for you to believe, another popular theory is that she’s actually an angel. So far, she’s only used her magic for good – like resurrecting a deer or bringing flowers back to life – and during an encounter with anti-christ Michael Langdon in episode three of Apocalypse, Mallory unwittingly let her powers slip, and Michael looked scared. Let’s face it, if the anti-christ was worried by anyone, it’d be God, right? This theory also plays off the scene in which Mallory tells anti-christ Michael that she has “someone” inside of her. It wouldn’t be the first time an angel has appeared in the show, as back in season two (Asylum), viewers met the Angel of Death, played in a sweet-but-short appearance by fan favourite actress Frances Conroy. So, could Mallory be an angel in disguise? Some fans have even theorised that she’s actually the second coming of Christ… The Murder House is the Sanctuary.

When anti-christ Michael Langdon arrived at Outpost 3, where our survivors had been waiting around 18 months for their rescue, he informed them of a so-called ‘Sanctuary’ which was protected from the horrors of the post-apocalyptic outside world (we’re talking cannibals and fatal levels of nuclear radiation here). Whether the Sanctuary actually exists is up for debate, but if it is real there’s every chance it could be season one’s Murder House. It’s where Michael was born, his family still live there (albeit as ghosts) and it just so happens to be built on a portal to hell. Convenient, right? Madison Montgomery and Behold Chablis have already visited the Murder House this season – with the long overdue return of Jessica Lange – so there’s every chance it could make another appearance. Mallory will turn back time to stop the apocalypse happening.

As we mentioned before, the only time we’ve seen Mallory use her powers so far is for good (we’re going to ignore her fiery outburst towards Michael, as she was defending herself). Much was made of her ability to not only bring a deer back to life, but also revert it back to being a fawn, quite literally turning back time on the animal’s life. If she can do that to a living creature, can she do it to the whole world? If so, it would give Cordelia Goode and her coven of witches a chance to stop the apocalypse once and for all. It may be a reach, but stranger things have happened in the American Horror Story universe. Emily and Timothy are Adam and Eve.

This is probably the least likely to have an impact on the finale of Apocalypse, but it’s an interesting theory nonetheless. Viewers were first introduced to Timothy Campbell as he was torn away from his family by The Cooperative and taken to Outpost 3, where he met Emily (who frustratingly doesn’t have a last name). Both were chosen to survive the apocalypse thanks to their exceptional DNA, rendering them prime candidates to continue the human race. In a move that shocked no one, the two became lovers, and eventually gave into temptation and defied the outpost’s ban on sexual intercourse (you can see where this is going). Other biblical teasers include the Apple computer that the pair stumble across, and the snake that Emily finds in her room. They may have died alongside most of the cast in episode three, but other characters were quickly brought back to life, so there’s still chance for Emily and Timothy to play a part in Michael’s downfall.