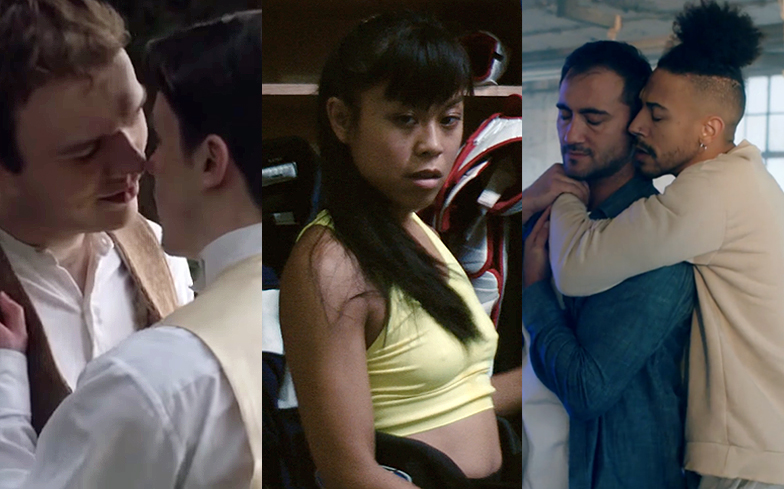 These are the LGBTQ short films you need to watch.

While Hollywood slowly catches up to the diversity we see in everyday society, the short film medium has been giving creatives the chance to showcase untold LGBTQ stories in a way that big screen outings have rarely done.

From exploring the emotions of young trans people in a world that doesn’t understand them, to a period drama about forbidden gay love in the 1800s, we’ve rounded up five of the best that you can watch right now for free.

Queer filmmaker Jordan Firstman examines what it means to be a man in his latest short, which screened at the 2018 Sundance Film Festival and was selected as a Vimeo Staff Pick Premiere. When they’re emasculated at a sales conference, gay couple Reese and Peyton decide the best way to regain their confidence is to sleep with women – no prizes for guessing that things don’t go exactly to plan.

New from writer and director Jake Graf comes Listen, which explores what it’s like to be a young trans person. The film features trans actors in trans roles, and provides some much-needed representation for a section of the LGBTQ community currently facing hostility and sensationalism from mainstream media.

Downtown Abbey goes gay in luscious period drama Staccato. The short film follows the story of Sean (Kevin O’Malley), a young labourer appointed to the grounds of Falgirth, a manor in 19th century Ireland, who embarks on a passionate affair with the Master of the House, Thomas Croydon (Craig Granger). Directed by Eoghan McQuinn and produced by Caroline Kealy, the short film explores the struggles of being gay in the 1800s and brings a much-needed edge to the heavily-saturated period drama genre.

After she’s rejected by her teammate crush – who cruelly labels her a “dyke” after an intoxicated kiss – teen ice hockey player Hadley embarks on an uncomfortable sexual experience with a male janitor. Written by Julia Thompson and directed by Eimi Imanishi, the film challenges gender stereotypes and presents a story of unrequited love that many LGBTQ people will be able to relate to.

This powerful film from director Samuel Douek and charity Positive East profiles Philip Antony Dzwonkiewicz, an HIV activist and Mr Gay England 2018 on his journey to tackle “a new era of complacency, stigma and lack of education” about HIV and AIDS, which has been described as the Second Silence. It was released to commemorate the 30th World AIDS Day.