5 LGBTQ films you absolutely need to watch in 2018 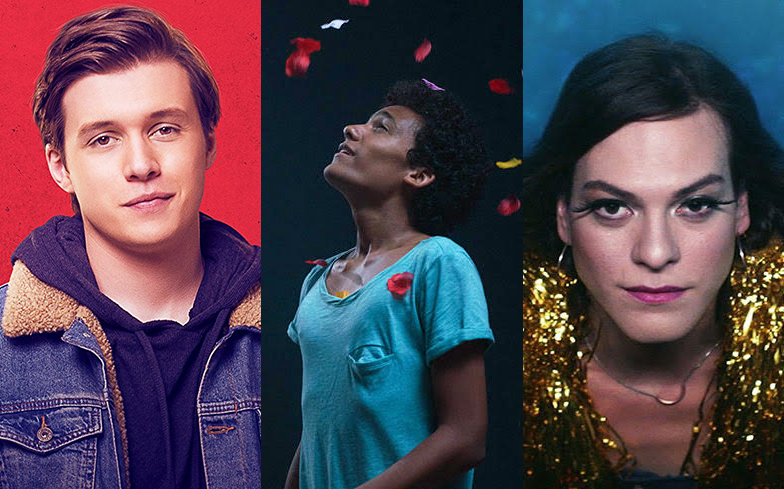 2017 blessed our screens with the likes of Call Me By Your Name, an eloquent story of a forbidden love set in an Italian summer. And, although the film was snubbed at the Golden Globes, there’s still something that needs to be said for its success.

LGBTQ films are no longer cheap. They’re no longer budget films that nobody cares about. They’re slowly making their way into the mainstream, providing the kind of representation the community has been longing for.

So, what’s 2018 got in store for us? Here are five LGBTQ films you need to watch this year!

Based on the novel Simon vs the Homo Sapiens Agenda by Becky Albertalli, the film is described as a “funny and heartfelt coming-of-age story about the thrilling ride of finding yourself and falling in love.”

Finally, a film with a gay protagonist that won’t end in tragedy and despair.

From the producers of The Fault In Our Stars, and with Jurassic World’s Nick Robinson cast as the central protagonist, it’s nice to see a major film-studio tackle the issue of coming out in high-school.

You can check out the trailer below.

The Shape of Water

If high-school romances aren’t quite your thing, or if you’re looking for something a little more fiction, then The Shape of Water might be of interest.

Now, it isn’t technically an LGBTQ film as such, but the sci-fi fantasy romance revolves around the theme of being an outsider – a concept that resonates with many queer people – and the main character’s neighbour and confidant is gay.

“As Elisa develops a unique bond with her new friend, she soon learns that its fate and very survival lies in the hands of a hostile government agent,” a synopsis reads.

The trailer, which you can watch below, ends with a very powerful quote: “If we do nothing, neither are we.”

A hauntingly raw film, inspired by true events, sees protagonist Ulysses explore their identity – much to the disapprobation of family members.

“A shy, effeminate 14-year-old being raised by his strict aunt finds escape in a rich fantasy life of music, dance and a lively transgender youth community,” a synopsis reads.

The film gives hope for better representation surrounding the subject of gender-exploration and its intersectional link with the black community.

It depicts, beautifully, the important message of finding your true self. And, to make it even better… It’s a musical.

A trans woman playing a trans character is exactly the kind of thing we want to see in 2018, and A Fantastic Woman has just that.

Protagonist Marina Vidal, portrayed by Daniela Vega, is ostracised by the family of her partner following his sudden death.

“Marina is forced to confront his family and society, and to fight again to show them who she is: complex, strong, forthright, fantastic,” a synopsis reads.

The trailer, which you can watch below, perfectly encapsulates the struggle Marina faces in a way that is nothing less than fantastic.

Chloë Grace Moretz plays Cameron Post, a teenage girl who gets caught having a sexual encounter with the prom queen.

“Cameron is then forced into a gay conversion therapy centre by her conservative aunt and uncle, who are her legal guardians,” a synopsis reads.

Set in 1993, the film portrays the difficult reality of those forced into conversion therapy – a subject that is rarely represented in the media.

The film is an adaptation of Emily M. Danforth’s 2012 novel, which won the Goodreads Choice Award for Best Young Adult Fiction.