5 fan theories on what will happen in American Horror Story: 1984 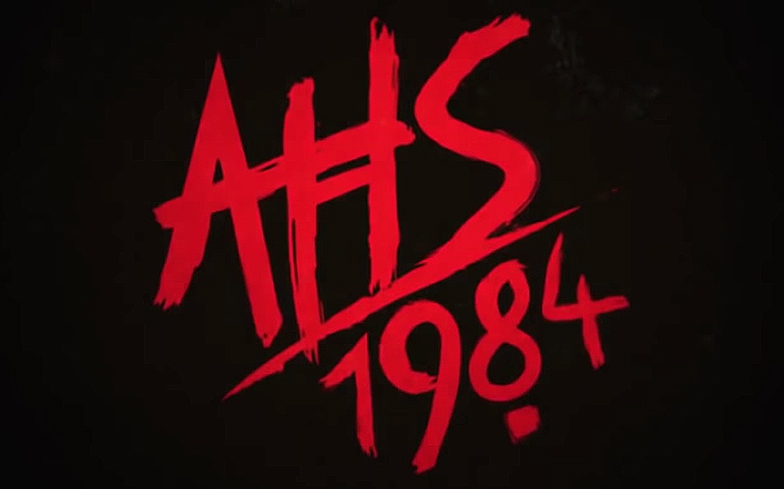 American Horror Story is back later this year… but what’s in store for us?

After plenty of speculation, TV mastermind Ryan Murphy took to Instagram on Wednesday (10 April) to share a terrifying teaser which revealed that the ninth season of his hit FX horror anthology series will be titled 1984.

The news sent fans into a frenzy over what the new season could entail. It seems safe to assume that it will be set in the 1980s, especially given the 80s slasher feel of the trailer, but beyond that we know very little.

Here are five of the best fan theories that we could totally see happening when AHS: 1984 arrives this Autumn.

It will be set at a summer camp American Horror Story often explores sci-fi and the paranormal, but it’s rare for the series to have a pretty grounded storyline. Cult did this, but… not so successfully. The slasher genre has been quite dormant over the past decade – due to the resurgence of supernatural horror films – but with the recent acclaim and box office success of the new Halloween, we think there’s room for a whole season dedicated to a masked serial killer. A summer camp, maybe? Previously announced stars Emma Roberts and Gus Kenworthy would be great as the stereotypical popular girl and her jock boyfriend. Bring back Bloody Face and we’d be there.

It will be inspired by George Orwell’s novel 1984 The fact that 1984 is also the name of one of the most critically-acclaimed books of all time can’t have been lost on Ryan Murphy. George Orwell’s historic dystopian novel, released back in 1949, focuses heavily on themes of propaganda and government surveillance, and is set in a version of Britain where individualism and independent thinking is persecuted by the Thought Police. Could we see a Big Brother-style twist this season? At the very least, it seems likely that the novel will have some influence on this season. The shared name would be too much of a coincidence.

Liz Taylor will make a comeback In a flashback during Hotel, fan favourite character Liz Taylor recalls what it was like to live in the gender closet, being married to a woman and presenting as a cisgender man named Nick Pryor while longing to live as her true self. On a business trip to the titular Hotel, she’s discovered wearing her wife’s clothes by Elizabeth (Lady Gaga), who gives her a makeover and christens her Liz Taylor. What year did all of this take place? 1984. Given creator Ryan Murphy’s recent penchant for allowing characters to cross over between seasons, despite once saying he’d never do such a thing, we wouldn’t be surprised if Liz makes an appearance in the new season.

It will take inspiration from iconic 1984 horror films Pop culture references are a staple of Ryan Murphy’s work, and American Horror Story is no different. A number of big-screen horror outings were released in 1984, most notably the first A Nightmare On Elm Street movie, which birthed iconic villain Freddy Krueger. Others include Friday The 13th: The Final Chapter, Children Of The Corn, Silent Night Deadly Night, Firestarter, Night Of The Comet, The Toxic Avenger and Gremlins. Okay, so Gremlins might be a reach, but we can totally see Ryan paying homage to several of these movies in 1984, especially as the first teaser for the upcoming season gave us major ‘1980s slasher movie’ vibes.

The aliens will finally be explained Okay, so it might be a bit left field based on the teaser alone, but hear us out. Aliens have been explored in American Horror Story before, but not in a lot of detail. In Asylum, Kit Walker (Evan Peters) experiences paranormal disturbances and starts having a series of bizarre visions involving green humanoids. Later, Kit is abducted by extraterrestrials and is experimented on, with his fate left unknown. To be honest, the aliens were a rather pointless addition to the series, and their purpose was never made clear. Nevertheless, extraterrestrial beings remain a great horror staple, and fans have been calling for answers to the mystery surrounding them for years. So, season nine?