3 theories about who the REAL killer is on American Horror Story: 1984 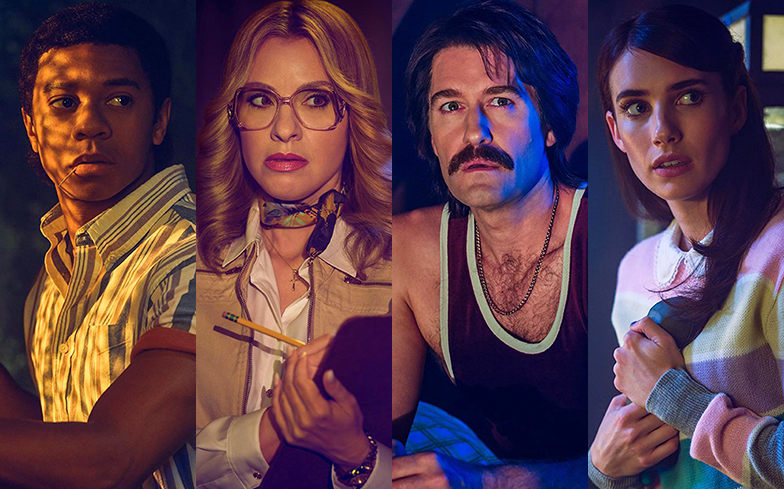 All is not as it seems at Camp Redwood…

We’re only one episode into the latest season of American Horror Story, but fans have already come up with some wild theories about where the season is heading.

But are The Night Stalker and Mr Jingles really the people our camp counsellors should be worried about?

Below we’ve rounded up three theories about who the real villain this season could be – because let’s face it, it wouldn’t be American Horror Story without some major twists and turns courtesy of show creator Ryan Murphy.

In a flashback scene, Margaret tells her new camp counsellors about the massacre Mr Jingles unleashed at the camp 14 years prior, leaving nine dead and only one survivor: herself. She testified, and he was later locked up in an asylum.

In the current day, viewers are expected to believe that Margaret has bought Camp Redwood to return it to its former glory and face up to her past, while Mr Jingles has escaped and is hellbent on bumping off ‘the one that got away’ once and for all.

But can we really trust what Margaret says, especially when the idea that she survived the original massacre seems so unbelievable?

Some fans have speculated that she may have been the real killer all those years ago, and framed Mr Jingles for it. Now, she’s returned to wreak more havoc on unsuspecting campers, and Mr Jingles is on a mission to stop her… or maybe he’s just looking for revenge. Either way, it sounds like a realistic theory to us.

Brooke may appear to align with the sweet and innocent ‘virgin’ archetype that often appeared in 80s horror movies, but given American Horror Story’s penchant for subverting tropes, we wouldn’t be surprised if she’s got a secret dark side.

Some fans have pointed out that Brooke only had a run in with the Night Stalker after she learned about him from Xavier, and after she informed everyone that serial killers are more active in the summer when people leave their windows open.

She’s also the only camp counsellor who’s seen Mr Jingles in the present day, and even though she claimed to see the hiker impaled against a cabin door, there wasn’t even a mark or blood stain when the other counsellors went to check it out.

Could she be hallucinating? Or maybe she’s making it all up to scare everyone, and she’s the real killer. It might not seem as likely as Margaret being the villain of the season, but it’s definitely a viable option.

Xavier was the one who invited all the other counsellors to Camp Redwood. Could he be rounding them up for another massacre?

We’re not quite sure what his motive could be, although he did proclaim, “I’m a serious actor, I trained at Stella Adler, I’m method,” during the first episode, so perhaps this is his way of getting into character for a murderous role on the big screen.

There’s also that mysterious voicemail he received – which he didn’t tell anyone about  – and the fact that he somehow knew a shortcut to Camp Redwood, which he simply attributed to “instinct”. Has he got something to hide? We think so.

American Horror Story: 1984 airs Thursdays at 10pm on FOX in the UK.